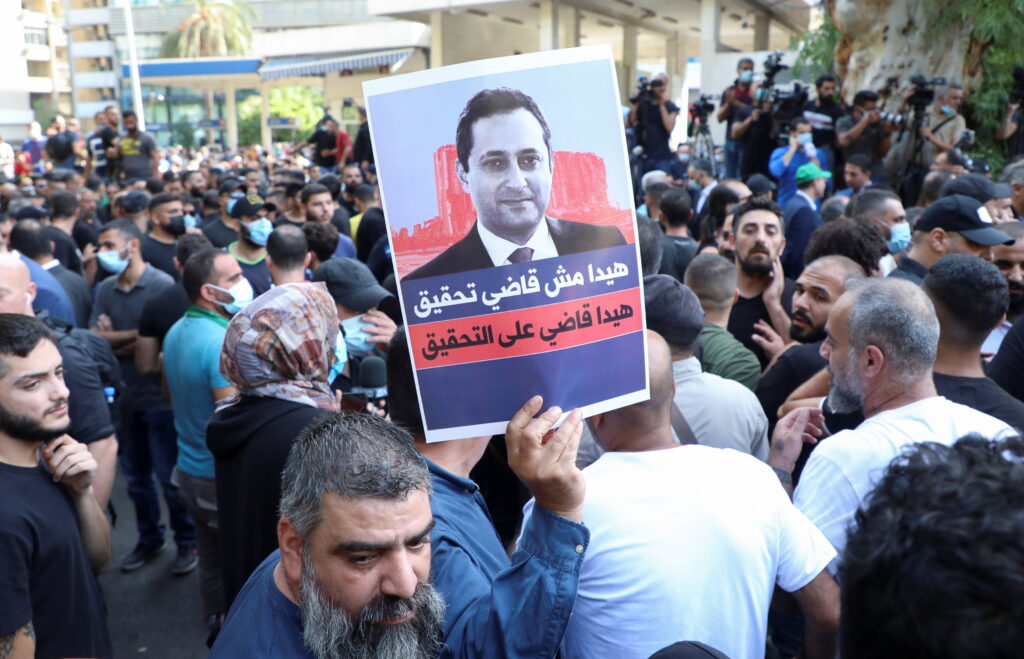 Lebanese Shi’ite parties Hezbollah and Amal said armed groups had fired at protesters from rooftops in Beirut on Thursday, aiming at their heads in an attack they said aimed to drag the country into strife.

In a statement, the parties called on the army to intervene quickly to detain the perpetrators and called on their supporters to remain calm.

A Lebanese army source told Reuters that at least two people were killed and seven wounded in the shooting.