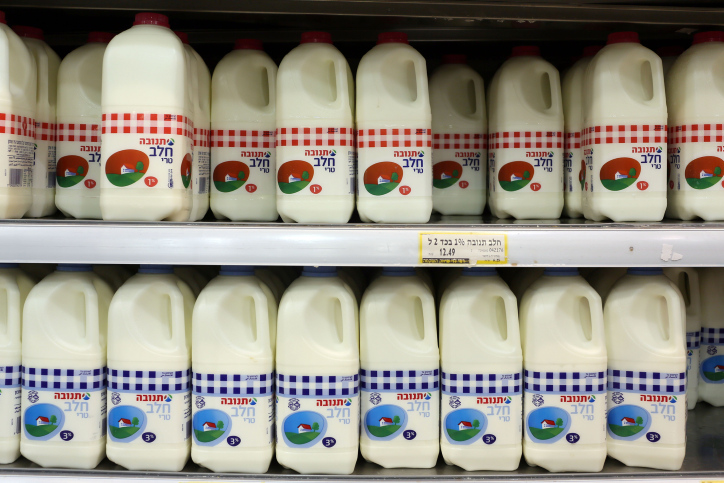 The shortage of milk that has been felt in recent weeks came up for discussion Wednesday in the Knesset plenum, after MK Rabbi Uri Maklev (UTJ) raised the issue before Agriculture Minister Oded Forer (Yisrael Beytenu), who claimed that the milk shortages were due to the cessation of work on Shabbos and Yom Tov.

The agriculture minister was asked what he was doing about the situation, and replied that the shortage was due to the cessation of dairy work on Shabbos and Yom Tov. “During the month of the chagim,” he said, “due to the large number of chagim in the middle of the week, there were not enough working days for dairies to process the products, although we prepared and asked to shut down other production lines in order to prioritize milk production.”

The minister added, “We will see how we deal with this in the future.” He suggested, “Perhaps the solution is to operate production lines on Shabbos and chagim for those who do not need kashrus on their milk products.” At the same time, the minister announced that he had sat down with the managers of the growing networks in order to avoid the intermediation gaps.

Rabbi Maklev sharply attacked Forer’s suggested solution and said, “These are solutions of an atheist party that has removed every Jewish symbol in the Jewish state. All you want to do is to bring in a foreign culture – when there is a shortage of products because of keeping the Shabbos your solution is to destroy the Shabbos? I hope you do not encourage employment on Shabbos, for the workers to receive double pay.”