Israel U.S. Will Move Forward with Reopening Its Palestinian Mission in Yerushalayim
Israel 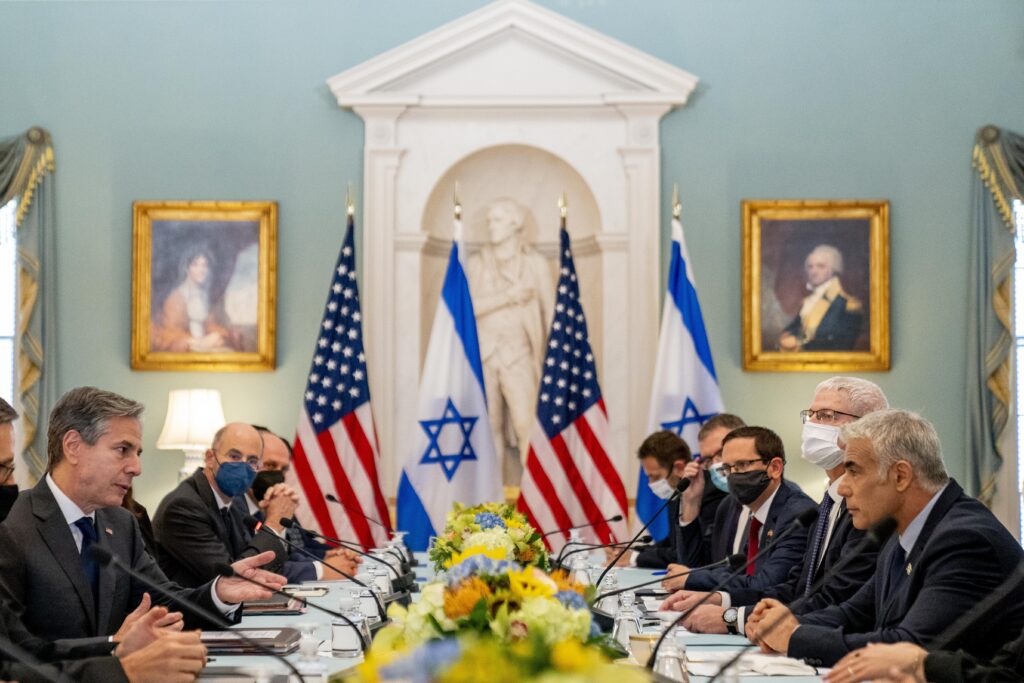 U.S. Secretary of State Antony Blinken said on Wednesday the Biden administration intends to press ahead with its plan to reopen the Yerushalayim consulate that traditionally engaged with Palestinians, despite Israeli opposition to such a move.

Blinken reiterated a pledge he originally made months ago on re-establishing the consulate, which had long been a base for diplomatic outreach to the Palestinians before it was closed by President Joe Biden’s predecessor, Donald Trump, in 2018.

“We’ll be moving forward with the process of opening a consulate as part of deepening of those ties with the Palestinians,” Blinken said at the State Department.

The consulate was subsumed into the U.S. Embassy that was moved to Yerushalayim from Tel Aviv in 2018 by Trump – a reversal of longtime U.S. policy hailed by Israel and condemned by Palestinians.

The Biden administration says it will reopen the consulate while leaving the embassy in place.

Blinken spoke in response to a reporter’s question after a trilateral meeting that marked the latest sign of the Biden administration’s embrace of the Abraham Accords, which were widely seen as a diplomatic success for Trump.

Israel has said it would oppose the move, asserting its sovereignty over Yerushalayim and arguing that right-wing Prime Minister Naftali Bennett’s government would be destabilized by the reintroduction of a diplomatic foothold for the Palestinians in the city.

In a nod to the Palestinians, Lapid said they, like all people, were “entitled to a decent way of life” and Israel’s goal was to work with the Palestinian Authority on that issue. But he offered no specifics.