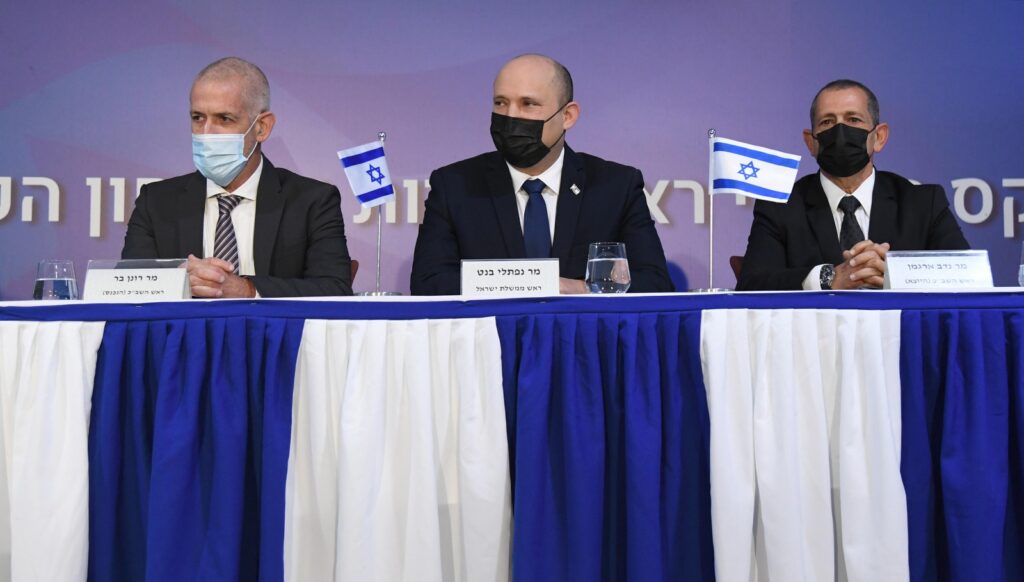 A special ceremony was held on Wednesday in the Prime Minister’s Office in Yerushalayim in which Ronen Bar succeeded Nadav Argaman as head of the Shin Bet.

Bar served in the IDF as a member of the elite Sayeret Matkal Reconnaissance Unit, and then joined the Shin Bet.

Over the years, he has been awarded a number of security awards for operations, and units he commanded had been likewise recognized.

“I am proud to leave behind an unparalleled important organization in the defense of Israel’s security – an organization that knows how to bring together groundbreaking technological innovation, creative and bold thinking, some of the best human capital in the country and values ​​that are a compass for the road,” he stated.

Incoming chief Ronen Bar said that “the main threat to the region’s peace, the Shiite axis led by Iran, a machine of terror, espionage and influence, will continue to be at the heart of the intelligence community’s work.”

“By virtue of its position and responsibility, the service will work to thwart this threat wherever it recognizes it – in Israel, abroad and in the cyber arena,” he added.

Touching on the growing wave of violence in Arab society and the question of the Shin Bet’s enlistment in the war against it, Bar stated that “after studying the issue, we will present the right balance between our contribution to strengthening the police and increasing the involvement of the service. It is clear to us that this is a national task.”

Prime Minister Naftali Bennett stated that “we must maintain the initiative, mental flexibility and ease of movement in execution, move quickly and effectively, and strive for a result that leaves no room for interpretation, a result that takes away the enemy’s desire to try us again.”

“We are faced with a huge terrorist machine that has not rested for a moment. Nor can we rest for a moment. Where they are – we must always be one step ahead of them. When a problem develops, it needs to be discussed and treated, before it becomes a chronic problem. Repressing and ignoring problems is not an option. Allowing the enemy to intensify and the terrorist organizations to become terrorist states with an army and tens of thousands of missiles is not an option,” he said.