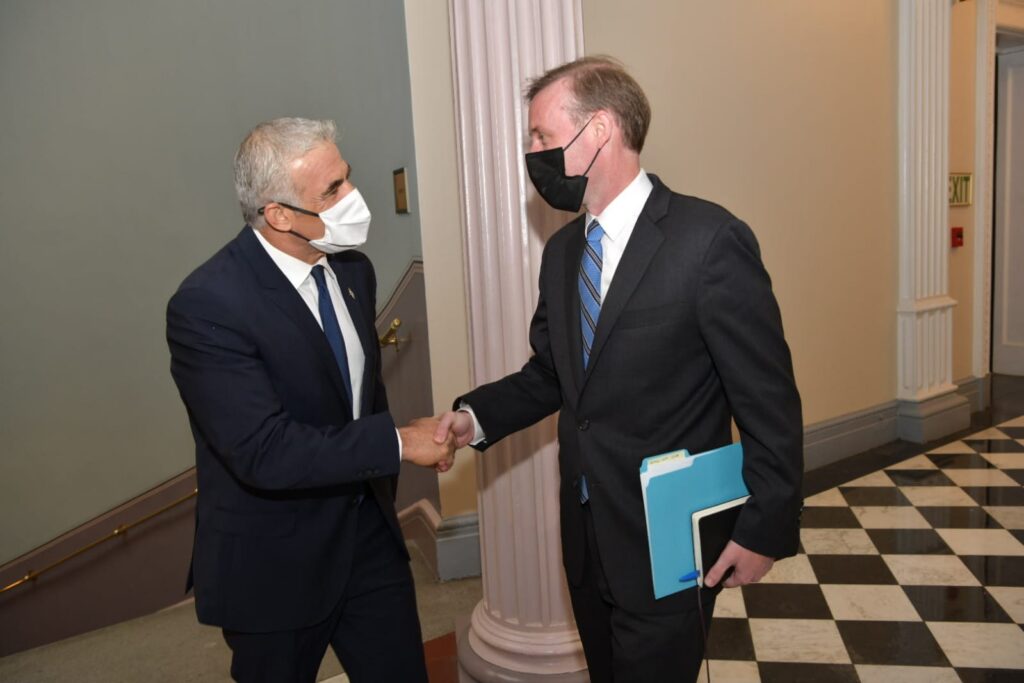 Diplomatic officials in Israel are optimistic that another Arab country will soon join the Abraham Accords and recognize Israel, Yisrael Hayom reported.

In recent weeks, the Biden administration has intensified its efforts to rekindle momentum behind the Accords. Among those efforts, the administration is engaged in intensive talks with Sudan, which recognized Israel but still hasn’t completed the normalization process, hasn’t sent an official envoy to Israel, and hasn’t opened an embassy in Israel. In addition to Sudan – one of four countries to join the Abraham Accords along with the United Arab Emirates, Bahrain and Morocco – talks are also ongoing with another Arab country.

Following the report, a senior U.S. State Department official said, “We are actively working to expand the Abraham Accords. I don’t intend to discuss any specific country, but we think there are tangible, economic and strategic advantages to all sides.”

The official added: “The Biden administration strongly supports countries that normalize relations with Israel… We believe these accords have shown there are real advantages to dismantling old obstacles and enhancing cooperation, particularly in ways that promote economic development and ties between people.”

In a briefing with reporters previewing U.S. Secretary of State Antony Blinken’s meetings on Wednesday with his Israeli and Emirati counterparts, officials repeated that the Abraham Accords were not a substitute for the two-state solution between Israelis and Palestinians.

“We continue to welcome the economic cooperation between Israel and all countries in the region. We hope that normalization can be leveraged to advance progress on the Israeli-Palestinian tracks,” a senior State Department official, speaking on the condition of anonymity, said.

Meanwhile, Foreign Minister Yair Lapid was expected to meet in Washington on Wednesday with Blinken and UAE Foreign Minister Sheikh Abdullah Bin Zayed Al Nahyan. The three were expected to focus on the current push to add additional Arab countries to the Abraham Accords.

Lapid’s office said in a statement that the foreign minister “conveyed Israel’s concerns [to Sullivan] about Iran’s race toward nuclear capabilities and that Iran was on the verge of becoming a nuclear threshold state.” Lapid also discussed with Sullivan the need for an alternative plan to a nuclear deal.

Next week, Prime Minister Naftali Bennett will depart for Russia next week for his first official meeting with Russian President Vladimir Putin.

The diplomatic visit is slated to take place in Sochi. Bennett and Putin are expected to discuss various diplomatic, security and economic issues of interest to Israel and Russia, as well as regional issues – first and foremost, Iran’s nuclear program.