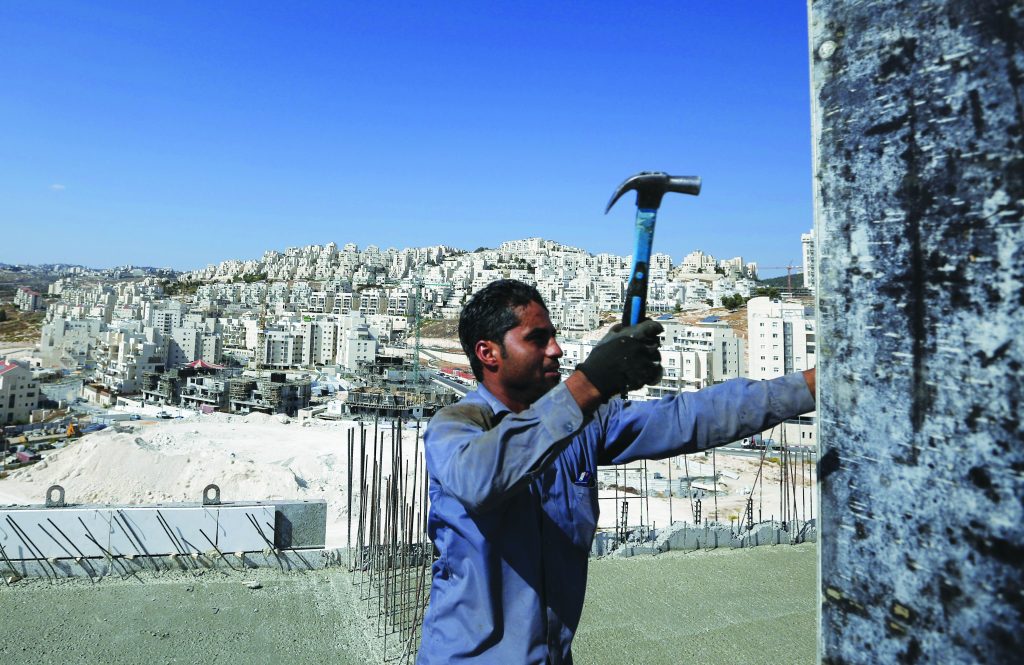 Bashar Masri, billionaire entrepreneur and founder of the Palestinian Authority city of Rawabi near Ramallah, unveiled on Monday the “Lana” (for us) project – a $300 million, 400-unit housing project to be built in the northern areas of Yerushalayim.

Masri convened a press conference that was attended by the Mufti of Yerushalayim, the head of the Greek Orthodox Church in Yerushalayim, senior members of the Waqf and church leaders.

“Jerusalem is our top priority and investing in it is an important means of economic empowerment for the residents of the city. As long as I am able to do so, I will not hesitate,” declared Masri.

“We started excavation operations and will provide a modern and integrated lifestyle for the residents,” he added.

The huge residential project will be located near the Beit Hanina neighborhood, on the road to Ramallah.

Construction on the new neighborhood will commence in the coming months, according to Palestinian reports.

Masri said at the event that, similar to Rawabi, the new neighborhood will be built for Palestinians of high socio-economic status.

According to the blueprints, parts of the neighborhood will be built within Yerushalayim’s municipal grounds, and the initial approvals from the municipality  have already been granted.

Yerushalayim’s Planning Infrastructure Administration approved the project in 2019, whose first stage is 92 housing units. On Sept. 2, another construction permit was granted to allow the Palestinians to immediately begin breaking ground. In the later stages, according to the construction plans, 400 homes will be built within Yerushalayim’s municipal territory.

The project’s managers said at the launch that the luxury apartments to be built in Lana are meant to answer the needs of affluent Yerushalayim families.

“All Arab construction between Ramallah and Jerusalem will harm the city’s unity,” said Maor Tzemach, chairman of the Lach, Yerushalayim (“For You, Yerushalayim”) organization. “Israel must put the brakes on the Palestinian Authority’s delusional dreams in Jerusalem, and approve, right now, the construction of the Jewish neighborhood in Atarot. This is the only way we can put an end to the Palestinian dream of ‘greater al-Quds.'”

Yerushalayim councilman Yonatan Yosef said: “As a member of the Planning Infrastructure Administration, I’m stunned that people who describe themselves as Zionist work against the holy city. I will work with all my might to thwart the dangerous plan to the future of a Jewish majority in Yerushalayim.”