Israel Lapid at Washington Trilateral: We Have Right to Act Against Iran
Israel 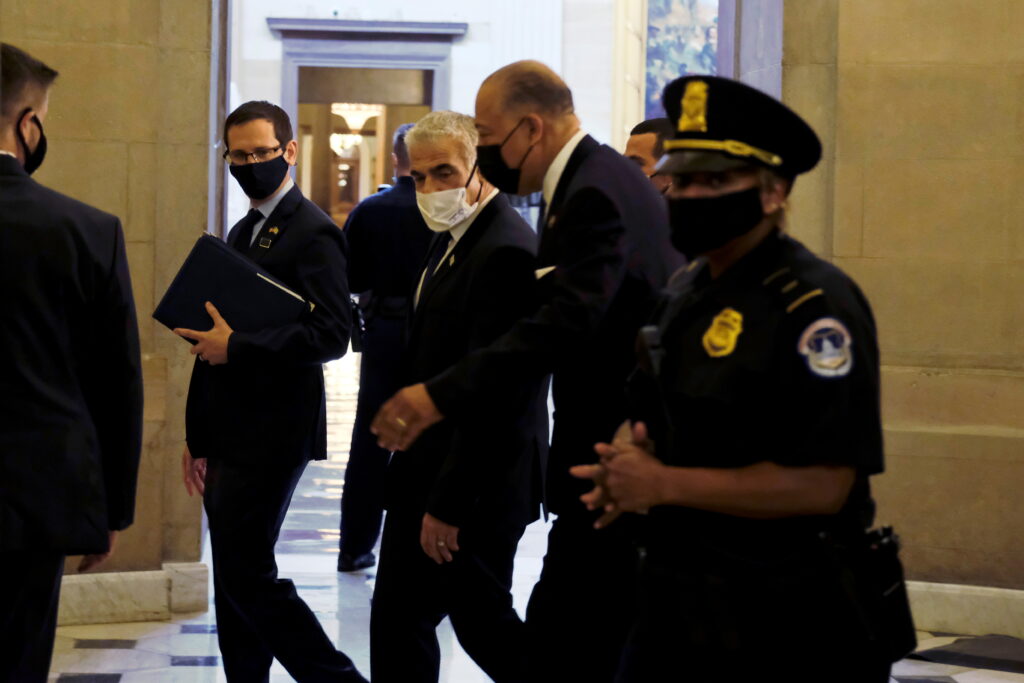 Foreign Minister Yair Lapid on Wednesday reaffirmed Israeli policy to reserve the right to take military action against Iran if diplomacy fails to stop it from getting a nuclear weapon.

“Israel reserves the right to act at any given moment in any way,” Lapid declared at a joint press conference in Washington after a trilateral meeting with U.S. Secretary of State Antony Blinken and United Arab Emirates Foreign Minister Abdullah bin Zayed al-Nahyan.

“We have no intention of letting” Iran become a nuclear power. Other options are going to be on the table if diplomacy fails.

“That is not only our right, it is also our responsibility. Iran has publicly stated it wants to wipe us out. We have no intention of letting that happen,” Lapid said.

Otherwise, the meeting focused on regional cooperation and expanding the Abraham Accords.

“We strongly support these steps,” said Blinken, who announced two new working groups that all three countries will participate in, one on religious coexistence, and the other on water and energy.