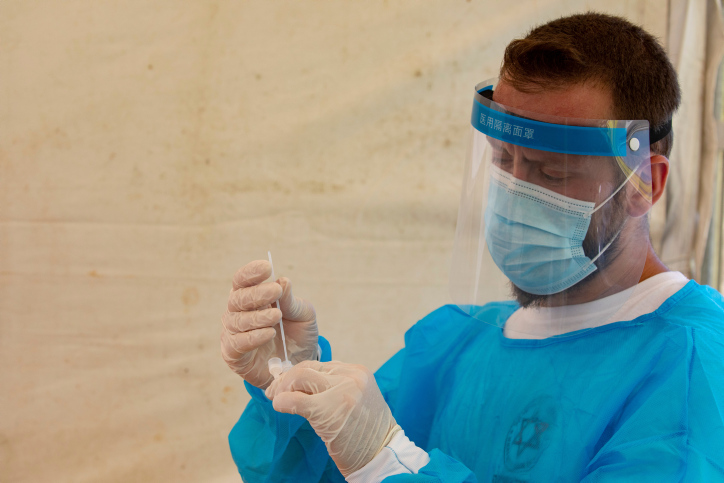 As the fourth wave of the coronavirus nears its end, health experts weigh in on the necessary steps Israel must take to prevent a resurgence of the disease that could begin if aggressive variants of the virus enter Israel.

Professor Galia Rahav, who heads the Sheba Medical Center’s Infectious Disease Unit, said that the latest COVID wave in the country was caused by the unpredictable behavior of the coronavirus and not by mistakes made by the Israeli government.

“We did not know when the resistance to the virus, provided by the vaccines, would start to decline and a further dose would be needed, ” she said. “We learned as we went along.”

Rahav said that health officials must constantly monitor data and react in an expedited manner. “Clearly we must monitor contagion and antibodies to decide if another booster shot is needed. We must be vigilant and see an increase in vaccinations,” she added.

“There is not enough emphasis put on the personal behavior of Israelis. People must continue to use masks – especially during crowded events – and maintain vigilance.

“Parents should not send their young kids to kindergarten or school if they are unwell and should refrain from going to work if they are ill,” she said.

Rahav noted that the behavior of the public in other countries is more disciplined.

“It is hard to predict whether Israel will experience a fifth wave of COVID-19. We want to live normal lives alongside the virus but that is not a mutual feeling,” she said.

“Personally, I am traumatized by this disease. Watching people die, one after the other, is traumatic. How much can we take?” Rahav wondered. “We can now see the light at the end of the tunnel, but I hope we don’t find ourselves in another tunnel in the future.”

Professor Yehuda Adler, an expert in cardiology, said that post-COVID symptoms are very predominant in children.

“More and more children suffer from post-COVID symptoms, which appear four to six weeks after recovery from the virus. In many cases children did not even know they were ill. These cases can lead to serious illness, and even death,” he said.

Adler believes many mistakes were made during the fourth wave of the virus, including a failure to prevent new variants from entering the country through the airport and the failed epidemiological investigations apparatus.

“The airport is still vulnerable and unprepared to prevent new variants from entering. You can’t hermetically seal it off, but I think variants can enter due to people ignoring regulations. There is also a lack of enforcement, when instead of waiting at home for the result of the PCR test, people walk around outside,” he said.

In the meantime, the coronavirus commissioner, Professor Salman Zarka, warned that the fourth wave of the virus is still here. In a briefing with reporters on Monday, Zarka said there should be no more easing of restrictions at this time.

“Experience after the third wave of morbidity taught us to be careful and act with moderation,” he said.

“The virus is still raging all over the world and new variants are appearing while many places do not have the benefit of vaccines. We must be very vigilant and prepare to prevent a fifth wave from occurring,” he said.