Israel Foreign Affairs and Defense Committee: In 2020, Police Arrested 189 Palestinians and 22 Israelis for Disturbances in Yehudah and Shomron
Israel 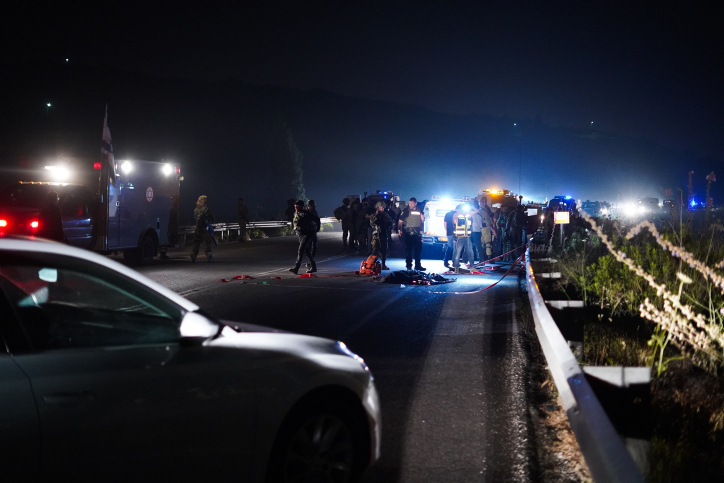 The Foreign Affairs and Defense Committee, chaired by MK Ram Ben Barak (Yesh Atid), convened on Wednesday to discuss the security forces’ handling of violence on the part of extremist Israeli elements.

“I realize this has been an emotionally, politically and historically charged issue for roughly a century. However, we will not hold a political discussion regarding the Israeli presence in the areas of Yehudah and Shomron. Rather, the discussion will focus on our governance in the area,” said MK Ben Barak. “Given that we are there, and there are Israelis and Palestinians there, and some of the Palestinians reside in an area under Israeli security control, I want to make certain that the IDF and the security forces are working to maintain order and the security of the area’s residents, and are not allowing the extremists to impose terror, fear and violence.

“Today’s discussion will focus on the violence of extremist Jewish elements against Palestinians. I am aware that the vast majority of the settlers in the area are [law-abiding citizens], and therefore I wish to stress that we are discussing Jewish extremists. The footage that has been coming in from the area over the past few weeks indicates a worrying increase in the number of violent incidents.”

Despite Ben Barak’s request to keep the debate calm, it quickly turned heated, with MKs continuously interrupting one another. MK Michal Rozin (Meretz) said, “According to data published by the security establishment, in the first half of 2021, 400 incidents of crime carried out by Jews against Palestinians were documented, and in 2020 there were more than 500 documented incidents. Are the authorities turning a blind eye to this, not to say cooperating with the rioters? Is the pogrom in which the head of a boy who is almost four years old was split open the face of the State of Israel?”

Brig-Gen. Yaron Finkelman, head of the IDF’s Operations Division, said, “The operational reality in Yehudah and Shomron is complex. The operational challenge of the IDF and the security forces, and we are working together, is more complex than dealing with destructive hostile activity, riots and arrests in the surroundings of civilian population.” The IDF and the security forces are operating in accordance with the procedures that were approved by the Attorney General and from which the operational orders were derived, Brig-Gen. Finkelman noted.

“The IDF is, of course, the sovereign [entity] on the ground and is responsible for the overall protection, but the act of enforcing the law and bringing a common incident that involves a violation of law [to a close], that, for obvious reasons, is in the hands of Israel Police,” he said, adding that the objective is to have Israel Police and the Border Police conduct all contact with Israeli civilians.

Commander Ziv Sagi, head of Israel Police’s Investigations Department, noted that in 2020, 189 Palestinians and 22 Israelis were arrested during riots, 242 cases were opened against Palestinians for rioting, and 115 cases were opened against Israelis for the same offense. “A case is opened if a complaint is lodged, if footage is received, or if officers are present at the scene,” Sagi explained, adding, “We operate professionally, in every case, to collect evidence and exhaust the investigation, and we [ignore] the identity and motivation. Whenever there is evidence, we transfer the files to the prosecution, and when there is no evidence, the cases are closed, regardless of identity.”

MK Itamar Ben Gvir (Religious Zionism) said, “My problem is with the police’s conduct, because there is discrimination. I am not justifying violence, and not all hilltop youth are lamed vav tzaddikim, but just for writing something with a magic marker, a teenager can be taken in for questioning by the Shin Bet on suspicion of committing a nationalistic crime, or collective punishment is imposed and Givat Shlomo is closed down for two years because a soldier was shoved. My wife called the police after rocks were thrown at her. Officers told her it was six-year olds who threw the rocks and suggested she make a sulcha (reconciliation) with them. Would a hilltop youth who throws a rock be offered a sulcha? There is discrimination and racism in the handling [of such incidents].”

MK Gaby Lasky (Meretz) said, “Let’s talk facts. 94% of the cases against settlers are closed. Don’t say that Israel Police does not have the possibility to gather evidence, because some of the cases are closed due to lack of public interest or the absence of a victim, when the Palestinians do not feel comfortable to come forward and complain.”

Committee Chairman MK Ben Barak summed up the meeting saying, “I regret that the debate became one of right and left, and I want to believe that there is a consensus among all MKs that violence, and taking the law into one’s own hands, is not legitimate, no matter where it originates from. We should back the IDF soldiers, but it is sometimes difficult to accept the things we see are taking place. Our morality, as a country and as soldiers, is important, and it is a key component of our national security.”

Eradicating violence “is in the interest of the settlement [enterprise] in Yehudah and Shomron because it harms it, and it also harms the state,” he said.