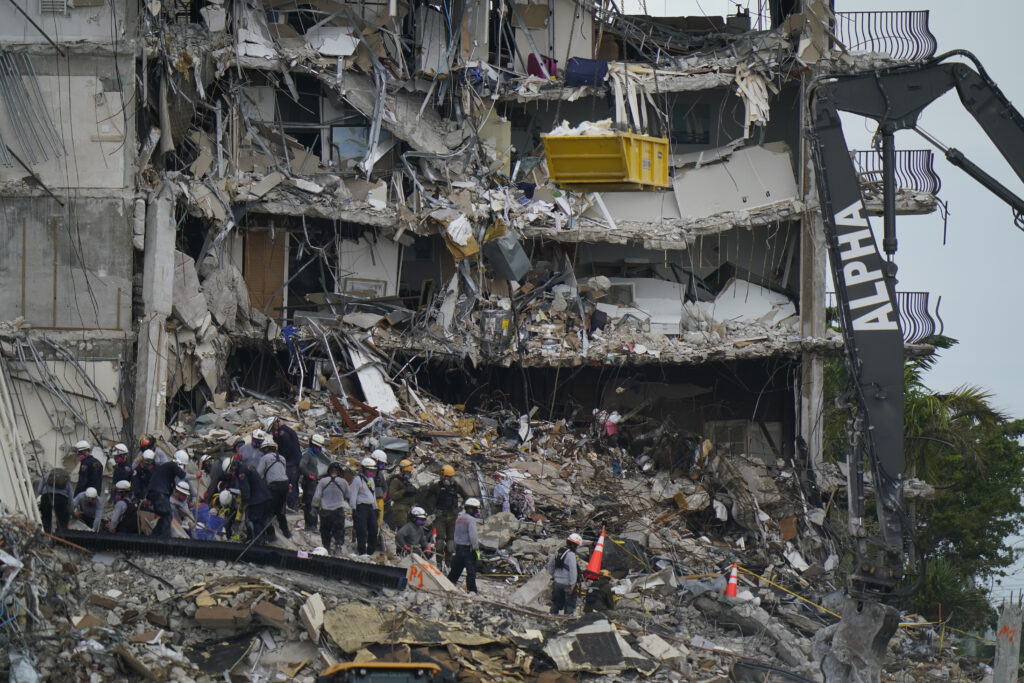 The task force, created by the Florida Bar, urged the governor to make legislative changes to stiffen maintenance requirements prevent another collapse like the one that took place on June 24, according to the Wall Street Journal.

Prior to the Champlain Towers South collapse, board members spent years arguing over upkeep as the price for repairs grew steadily higher and the need grew more urgent. The board had just agreed to spend roughly $15 million on repairs just days before the tower buckled and fell.

Since then, there have been several state and federal investigations, including one headed by Allyn Kilsheimer, the structural engineer who oversaw the investigation into the 9/11 attacks on the Pentagon.

The Florida Bar’s task force gathered engineers, insurance-industry experts, real-estate agents and condo association boards to determine what regulation might prevent another building collapse. There are more than 910,000 condo units throughout the state that are more than 30 years old and potentially vulnerable.

The task force suggestions would seek to prevent such a situation. The safety recommendations the report include ensuring timely maintenance checks and repairs, mandatory reports by engineers every five years, and giving condo boards the power to borrow money to pay for updates and maintenance work.

Florida law currently allows condo boards to waive a requirement to collect money from condo members in order to fund potential future repairs. The report would make the law more difficult to get around by raising the amount of residents who vote for the waiver to 75%, up from 50%. Additionally, it would require condo boards to maintain mandatory cash reserves that are at least 50% of the legally required amounts.

Another suggestion, pushed by the Miami Association of Realtors, would require condo boards to share inspection reports with owners and potential buyers.

The Florida legislature, which will reconvene in January 2022, has said it is considering several proposals for new stringent safety laws.