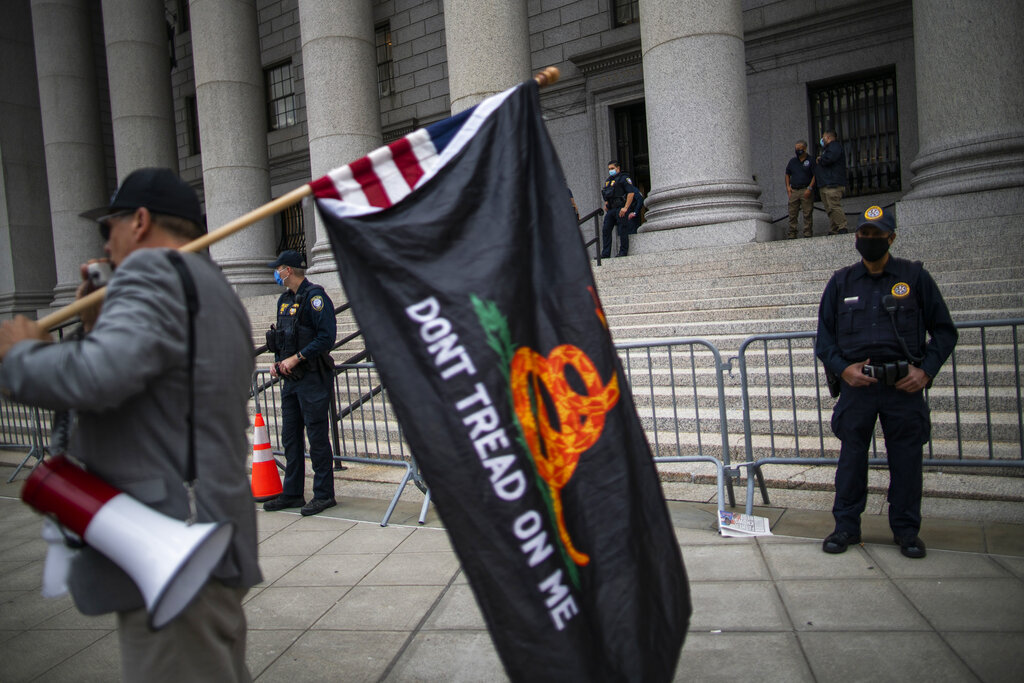 New York health care workers will be able to seek religious exemptions from a statewide COVID-19 vaccine mandate as a lawsuit challenging the requirement proceeds, a federal judge ruled Tuesday.

Judge David Hurd in Utica had issued a temporary restraining order a month ago after 17 doctors, nurses and other health professionals claimed in a lawsuit that their rights would be violated with a vaccine mandate that disallowed religious exemptions.

Gov. Kathy Hochul said she will fight the decision in court “to keep New Yorkers safe.”

“My responsibility as governor is to protect the people of this state, and requiring health care workers to get vaccinated accomplishes that,” she said in a prepared statement.

Hurd wrote that the health care workers suing the state were likely to succeed on the merits of their constitutional claim. The question presented in this case, Hurd wrote, is whether the mandate “conflicts with plaintiffs’ and other individuals’ federally protected right to seek a religious accommodation from their individual employers. The answer to this question is clearly yes.”

“This is clearly just a ridiculous government overreach,” said Christopher Ferrara, the Thomas More Society special counsel who represented the plaintiffs. “You can’t do this to people. You can’t call them heroes one day and then throw them out on the sidewalk the next day.”

Hochul’s administration began requiring workers at hospitals and nursing homes to be vaccinated on Sept. 27 and more recently expanded the requirement to include workers at assisted living homes, hospice care, treatment centers and home health aides.

The plaintiffs, all Christians, oppose as a matter of religious conviction any medical cooperation, including the use of vaccines, linked to certain cell lines in testing, development or production, according to court papers.

The COVID-19 vaccine from Johnson & Johnson is produced by using an adenovirus that is grown using retinal cells from 1985, according to the Vaccine Education Center at the Children’s Hospital of Philadelphia.

The United States Conference of Catholic Bishops said in a January statement that those types of cell lines were used to test the Moderna and Pfizer vaccines but not in their development or production.

Hurd also allowed the plaintiffs to keep their identities private by using pseudonyms such as “Dr. A.” and “Nurse J.” The plaintiffs said they wanted to proceed anonymously because they feared the risk of ostracization or retaliation.

Also Tuesday, a federal judge in Manhattan swept aside the latest challenge to a similar New York City mandate requiring employees in the nation’s largest public school system to get vaccines.

Lawyers for 10 employees had sought an injunction blocking the mandate in their cases. They argued their constitutional rights were violated when officials found they did not meet the city’s narrow requirements for a religious exemption.

U.S. District Judge Valerie Caproni rejected the request, saying there was no evidence of discrimination.

The mandate “is neutral,” Caproni told a plaintiff lawyer during a hearing on Tuesday. “It says you must be vaccinated. … It applies to everybody.”