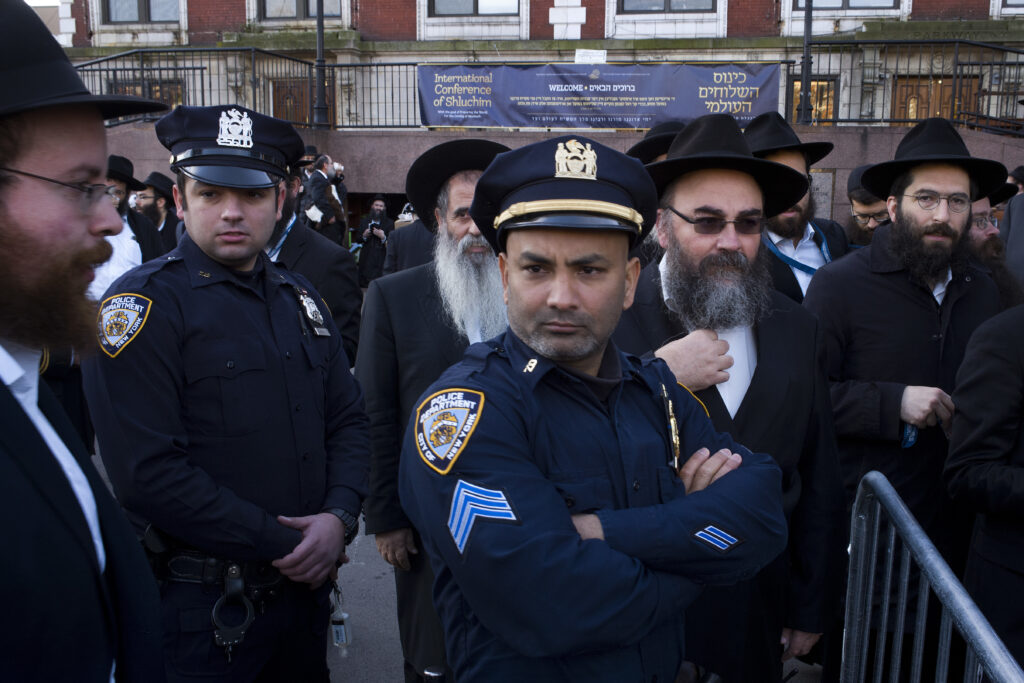 Less than a week after Governor Kathy Hochul announced New York would allocate a further $25 million to strengthen security and prevent hate crimes, Jewish organizations have seen the funds released.

The state previously allocated $43 million for security to vulnerable communities and their sites, but had not distributed the funds. When asked by a Hamodia reporter about the lag between promise and dissemination, Hochul said, “This is the world I inherited. I cannot tell you how many hundreds of upwards of billions of dollars that have not been spent for whatever reason. The dysfunction of the last few months before I inherited this position is staggering…Money for the safety of our schools and yeshivas and to keep people secure were they live was not going out. I don’t know why, I don’t care to know why, I just want people to know that I’m getting that money out there as quickly and as humanely possible.”

Last Wednesday, at the Museum of Jewish Heritage in Lower Manhattan, Hochul vowed the state would crack down on the surge of hate crimes against religious and ethnic minorities. On Friday, yeshivas, camps, and other Jewish institutions received confirmation they were the recipients of $50,000 in funding to protect their facilities.

“Many enjoy basking in pronouncements and press conferences for idealistic new programs. We applaud Governor Hochul, however, for announcing the release of these funds so shortly after taking office, and for following through on that promise just days after her announcement,” Agudath Israel said in a statement.

In a statement, Dan Mitzner, Director of Government Affairs of OU, told Hamodia, “The release of this grant program is a critical resource to secure Jewish institutions across the state. Governor Hochul’s announcement shows just how seriously her administration is taking the alarming rise in antisemitic incidents in New York – we are extremely grateful to the Governor for her unwavering support and her commitment to combatting antisemitism.”