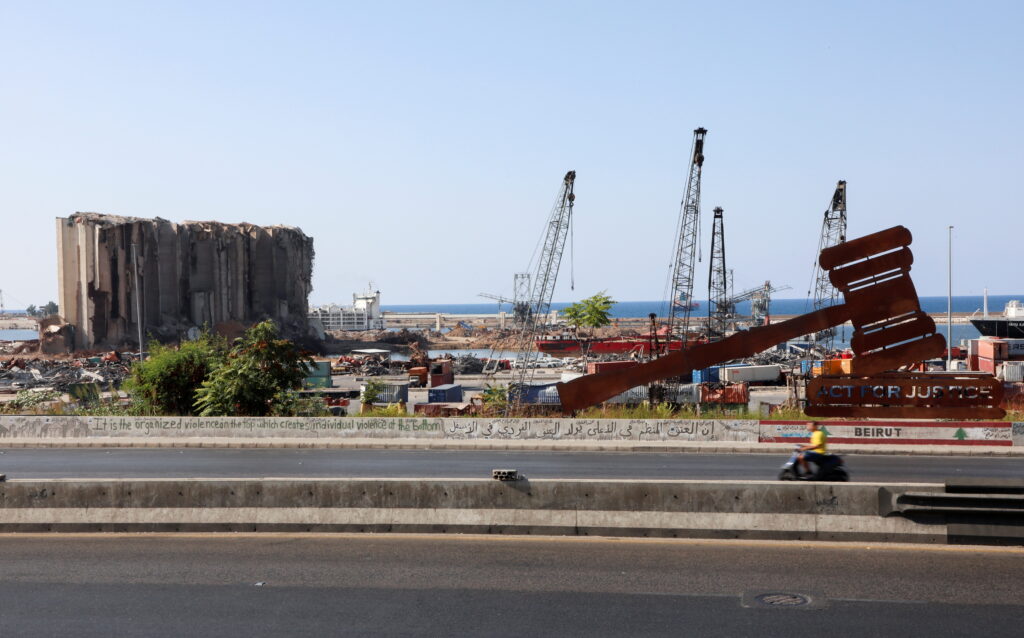 Lebanon’s Hezbollah chief, Sayyed Hassan Nasrallah, called on Monday for the replacement of the lead investigator into the deadly Beirut port blast, saying he was biased and politicized, in his strongest criticism of the official since his appointment.

“The targeting is clear, you are picking certain officials and certain people. The bias is clear,” he said in televised comments, adding that Judge Tarek Bitar would never reach the truth if he continues with the probe.

Nasrallah openly called for Bitar’s replacement, saying he wanted a judge that was “transparent.”

The investigation into the Aug. 4, 2020, explosion, one of the biggest non-nuclear blasts in history, has made little headway amid a campaign against Bitar and pushback from powerful Lebanese factions.

The blast killed over 200 people, injured thousands and destroyed large swaths of the capital, but no top official has been held accountable.

Wafik Safa, a senior official in the powerful Iran-backed Hezbollah, warned Bitar last month that the group would remove him from the inquiry, according to a journalist and a judicial source.

The justice minister and judiciary are following up on the warning.

Bitar is the second judge whose investigation has been stymied by powerful factions in Lebanon, where a lack of high-level accountability is blamed for systemic corruption, governing gridlock and economic meltdown.

His predecessor, Fadi Sawan, was removed in February by a Lebanese court after a complaint filed against him by a former official he had charged with negligence.