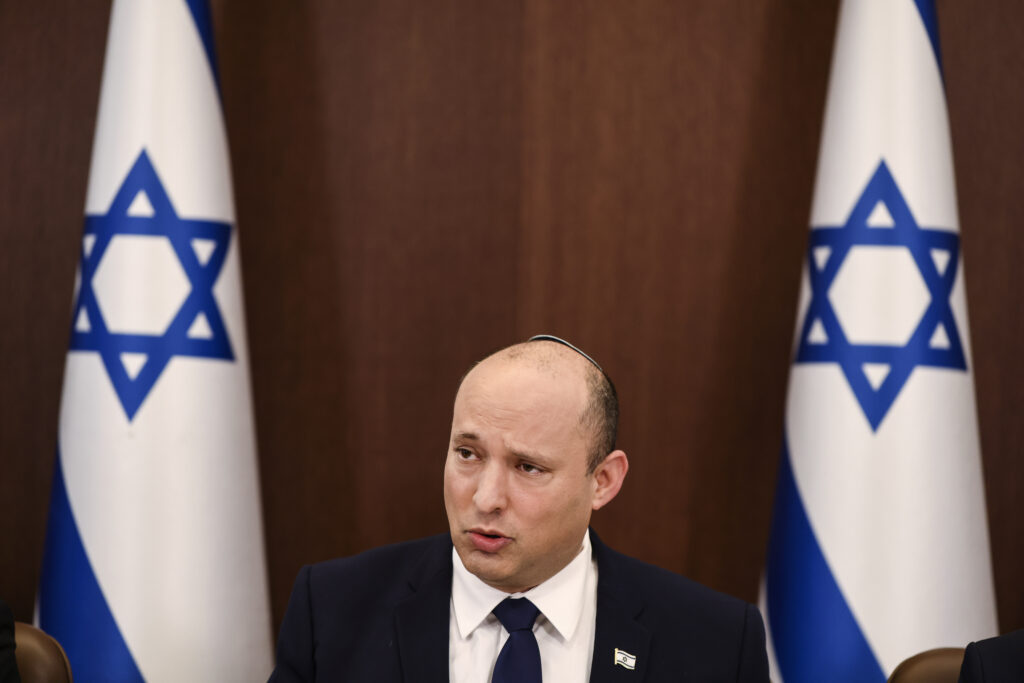 Bennett spoke at a conference in Yerushalayim, where he suggested that Iran’s conduct is every nation’s problem, and subject to global accountability.

After talks between Tehran and world powers on reviving the nuclear deal stalled earlier this year, Iran has breached limits set by the accord. It has been enriching small amounts of uranium to closest-ever levels to weapons-grade purity as its stockpile continues to grow.

Bennett said he has made the case to other leaders, including President Joe Biden and German Chancellor Angela Merkel, that Iran is violating basic international commitments in the shadow of the now-tattered 2015 nuclear deal.

Merkel, who visited Israel on Sunday in her final official visit, said that Germany remains committed to reviving the deal — a step Israel opposes. The Biden administration is also trying to revive the nuclear deal.

Bennett said he expects global powers to “bring (Iran) to the U.N. Security Council, hold Iran accountable for it.” That, he added, “would be the peaceful route” forward.

Bennett spoke as Foreign Minister Yair Lapid traveled to Washington, where he was expected to detail Israel’s message on Iran in meetings with Vice President Kamala Harris, Secretary of State Antony Blinken and congressional leaders in both parties.

Bennett last month met with Biden for the first time as prime minister and president, with Iran topping the agenda. “We’re putting diplomacy first and seeing where that takes us,” Biden said. “If diplomacy fails, we’re ready to turn to other options.”

Israel has vowed to act unilaterally against Iran if need be. Iran says its nuclear program is only for peaceful purposes.

Earlier this year, Defense Minister Benny Gantz said on Fox News that Israel was still working on its strike plans against Iran.

And just last month, Israel’s recently-retired navy chief told The Associated Press that the military has stepped up its activities in the Red Sea “exponentially” in the face of growing Iranian threats to Israeli shipping.

Vice Adm. Eli Sharvit stopped short of confirming a series of attacks and mishaps on Iranian ships that have been attributed to Israel. But he described Iranian activities on the high seas as a top Israeli concern and said the navy is able to strike wherever necessary to protect the country’s economic and security interests.

Bennett’s message on Tuesday underscored that he was pushing diplomacy first.

“There are other routes,” he warned, “but that’s the right thing to do. And I’m going to continue pursuing that over the next few weeks and months.”