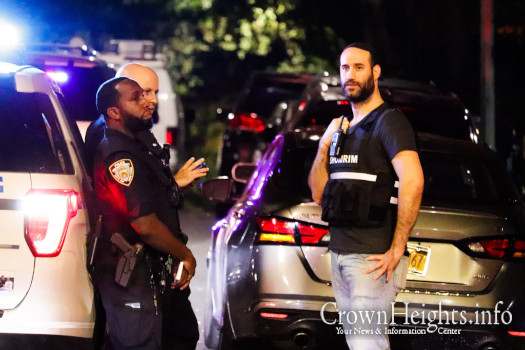 A bachur walking down Albany Ave was targeted in an unprovoked drive-by shooting in Crown Heights on Monday night.

According to witnesses, the bachur had been walking to the corner of Albany Ave and Montgomery Street when a black vehicle turned the corner from Albany onto Montgomery, shooting out of the car window with what is believed to be a pellet gun.

The witness reported that the bachur fell to the floor screaming for help.

Hatzalah, 911 and Shomrim were called, bringing a massive emergency response to the scene.

The bachur was treated for a wound to his head, and was transported by FDNY ambulance to New York-Presbyterian Brooklyn Methodist Hospital. He was reported in stable condition and was treated and released.

No words were exchanged in the incident, and the police have launched an investigation.