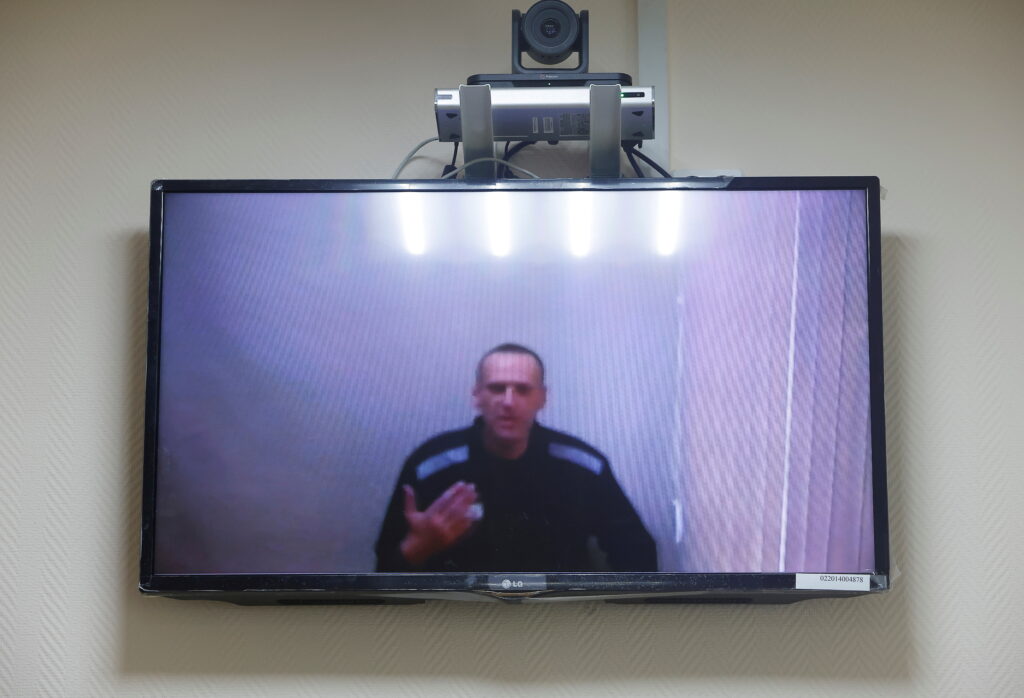 Jailed Kremlin critic Alexei Navalny said on Monday that a prison commission had designated him an extremist and a terrorist, but officially no longer regarded him as an escape risk.

Navalny said on Instagram that he had been summoned before a commission at the prison in Vladimir region, east of Moscow, which voted unanimously in favour of the change of status.

The designation marks a further escalation of official pressure against President Vladimir Putin’s most prominent domestic critic, currently serving two-and-a-half years in prison for parole violations he says were trumped up to thwart his political ambitions.

Navalny made light of the announcement, saying that he welcomed the fact he was no longer designated as prone to escape and so would be subjected to less frequent and stringent night time checks by guards.

“I was afraid they would demand that I kiss portraits of Putin and learn quotes from (former president) Dmitry Medvedev by heart, but there’s no need,” he said in the post, which was published with the help of his lawyers.

“It’s just that there is now a sign over my bunk that I am a terrorist.”

There was no confirmation from Russian authorities of the change in Navalny’s status, and the Federal Penitentiary Service (FSIN) did not immediately reply to a request for comment.

Navalny, 45, was jailed after returning to Russia at the start of this year from Germany, where he underwent months of treatment to recover from being poisoned with a military-grade nerve agent in Siberia in August 2020.

The Kremlin denied any involvement and has repeatedly said that his case is a matter for the prison service. Putin takes pains to avoid even mentioning his name.

Navalny’s movement suffered a new blow in June when a court ruled its activities to be extremist. Many of his allies have had their homes raided or their freedom of movement restricted, and some have fled abroad. Last month Russia opened a new criminal case against Navalny that could keep him in jail for a further decade.

RIA news agency said a Moscow court on Monday rejected an action by Navalny against the prosecutor’s office over the blocking of his YouTube channel. The channel had advised Russians how to vote in a parliamentary election that went on to be won by the pro-Putin United Russia party.

Some of Navalny’s supporters have criticised last week’s award of the Nobel Peace Prize to Russian journalist Dmitry Muratov, saying Navalny would have been a more deserving winner. Muratov dedicated the prize to six of his paper’s journalists murdered for their work while also saying he would have given it to Navalny.