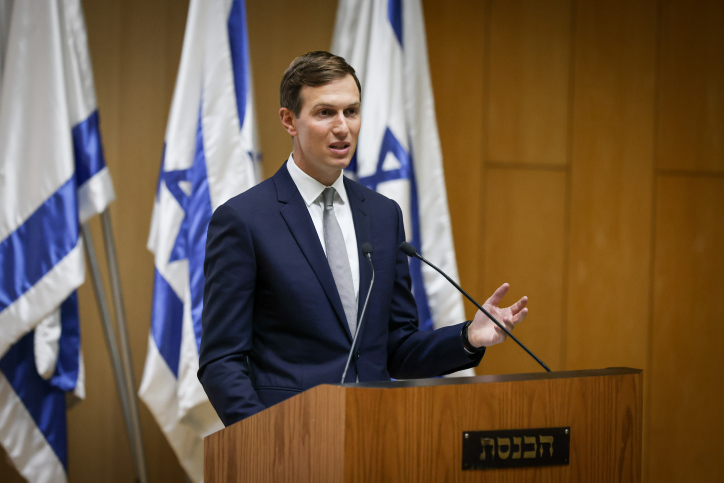 The Knesset held an event Monday afternoon to launch the lobby for the Abraham Accords with the participation of the leaders of the peace agreements, Jared Kushner and Avi Berkowitz, as well as Kushner’s wife, Ivanka Trump. The Moroccan ambassador to Israel also took part.

Foreign Minister Yair Lapid said at the event that during his meetings in America he would deal with, among other things, expanding the agreements. “One of my topics on my trip tonight to Washington is the expansion of the number of countries in this agreement. The Abraham Accords will go down in history as one of the moments when people chose life. The new government in Israel not only accepted and embraced the Abraham Accords, it moved them forward. It made them a lever of a new reality: economic, security and political.”

Lapid is to meet with U.S. Secretary of State Antony Blinken and the UAE’s foreign minister this week.

He called on other countries to join the accords, notably the Palestinian Authority. “I take this opportunity to call on the Palestinians, as well as the citizens of every Arab nation, to turn to peace. The people of Israel have not returned to their ancient homeland to fight, but to build a life of prosperity and good neighborliness here.”

“Peace is not a compromise, it is the most decisive decision we can make. Peace is not a weakness, it embodies within it all the power of the human spirit. War is submission to all that is evil in us, peace is the victory of all that is good in us,” Lapid said.

“We renewed relations with Egypt, we opened embassies, we improved our relations with the U.S.,” said Lapid. “I call upon the Palestinians, and every Arab nation that is listening: We seek peace. Peace is not a compromise or a weakness but rather an embodiment of the human spirit. Those living in the Middle East are welcome to look around and see which countries are in a better position — those who seek peace, or those who seek war.

“If you decide to join the Abraham Accords, to bring prosperity, jobs, a culture of progress and success to your peoples – our hand is extended to you. Let’s do it together,” added Lapid.

Former Prime Minister Binyamin Netanyahu noted that “as long as they said it was impossible to make peace with the Arab world without making peace with the Palestinians, we could not make peace.”