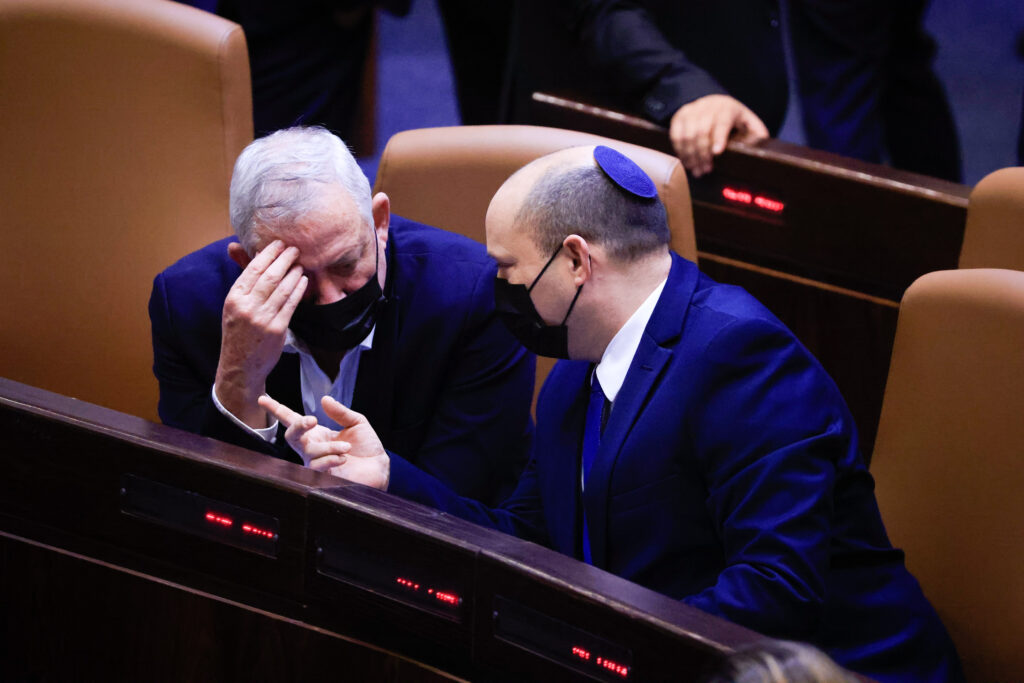 The disagreement between Prime Minister Naftali Bennett and Defense Minister Benny Gantz over disclosure of the Mossad search for evidence of the fate of Ron Arad came out into the open on Monday, confirming earlier reports.

“Had it been up to me, I wouldn’t have revealed this operation,” said Gantz at a conference organized by the Yedioth Ahronoth and Ynet.

Bennett’s decision to talk about the mission last week has sparked controversy over its propriety. He spoke about it in general terms, without divulging any details. “It was a complex, widescale operation. That’s all that can be said right now,” the prime minister said.

Subsequently, Mossad chief David Barnea was quoted by Channel 12 as saying that the operation had been a “failure.” The Prime Minister’s Office shot back that it was a “successful operation carried out while meeting exceptional operational objectives.”

Despite his difference of opinion on talking about it in public, Gantz backed up Bennett on the results, saying Monday said the mission was “very successful.”

“Right now we’re processing the information that emerged from this operation,” he said.

The PMO sought to deflect contentions that revealing the mission was politically motivated, to make the government look good.

“Bringing the information to the Knesset members and the general public was of value, expressing the great effort and commitment to return our sons to their borders, even many years after they were captured by the enemy. Any other dissemination of information is false,” the statement read.

Arad bailed out of his plane during an operation in southern Lebanon in 1986. Israel has long believed he was captured by the Shiite Amal movement before being handed over to Iran, and moved from Lebanon to Iran and then back again.

Several signs of life were received in the first two years of his incarceration, including photos and letters, the last of which was sent on May 5, 1988.

Arad has long been presumed to have died many years ago, although intelligence reports have differed as to the circumstances, timing and location of his death.