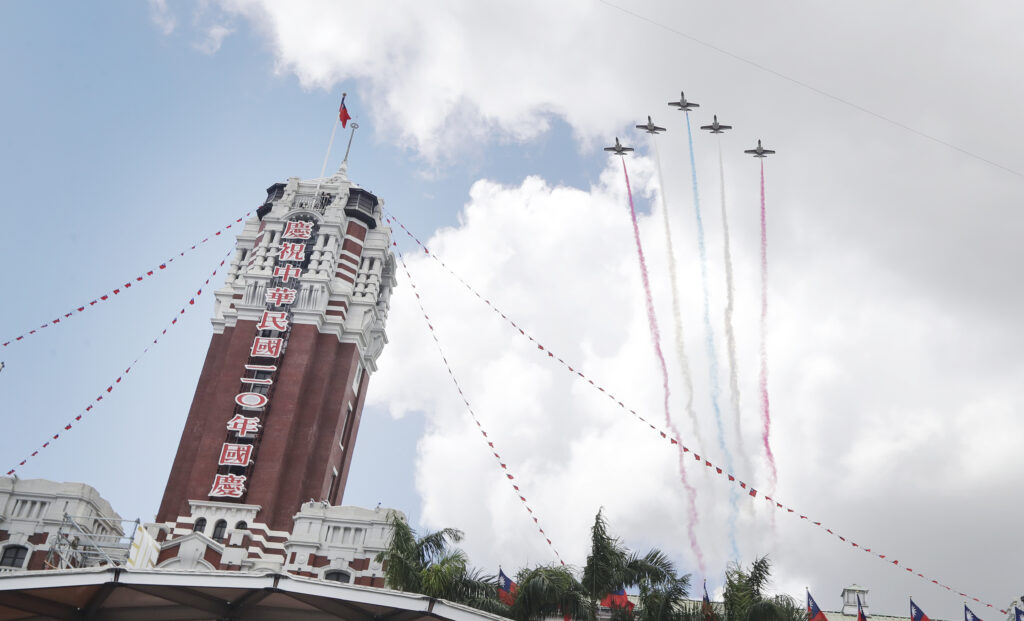 A choir of singers from Taiwan’s various indigenous tribes sang to open the ceremony in front of the Presidential Office Building in the center of Taipei that was built by the Japanese who ruled the island as a colony for 500 years until the end of World War II.

“We will do our utmost to prevent the status quo from being unilaterally altered,” she said. China claims Taiwan as part of its national territory although the island is self-ruled.

“We will continue to bolster our national defense and demonstrate our determination to defend ourselves in order to ensure that nobody can force Taiwan to take the path China has laid out for us,” Tsai said. “This is because the path that China has laid out offers neither a free and democratic way of life for Taiwan, nor sovereignty for our 23 million people.”

Surveys show overwhelmingly favor for their current de-facto independent state and strongly rejects unification with China, which claims Taiwan as part of its national territory to be brought into its control by military force if necessary. Taiwan has evolved into a vibrant democracy while China remains a deeply authoritarian, single-party Communist state.

Tsai, who rarely directly singles out China in her public speeches, acknowledged the increasingly tense situation that Taiwan faces as Chinese military harassment intensified in the past year. Since September of last year, China has flown fighter jets more than 800 times toward Taiwan.

The island has strengthened its unofficial ties with countries like Japan, Australia and the U.S. in the face of these tensions. “But the more we achieve, the greater the pressure we face from China,” she said.

Tsai said Taiwan wanted to contribute to the peaceful development in the region even as the situation is “becoming more tense and complex” in the Indo-Pacific.

On Saturday, China’s leader Xi Jinping said that reunification with Taiwan “must be realized” and said that peaceful reunification was in interests of the entire nation, including Taiwanese people.

“No one should underestimate the Chinese people’s strong determination, will and capability to safeguard national sovereignty and territorial integrity.”

Since last Friday, China has sent a record breaking number of fighter jets towards international airspace close to Taiwan.

They were followed by a group of CM32 tanks, followed later by trucks carrying the Thunderbolt 2000 missile system. More missiles followed, such as the domestically-made Hsiung Feng III, a supersonic missile system, and communications vehicles which help guide the weapons to their targets.

The parade also featured Taiwan’s Olympic athletes who medaled at the Tokyo summer games, as well as public health officials, including those who staff a daily press conference about the pandemic, wearing their distinctive neon yellow-edged vests.

Tsai also called on other legislative parties to put aside politics in order to push for the reform of the island’s constitution, a document created by the then-ruling Nationalist Party in 1947 before it lost power and fled China ahead of the Communist takeover two years later.