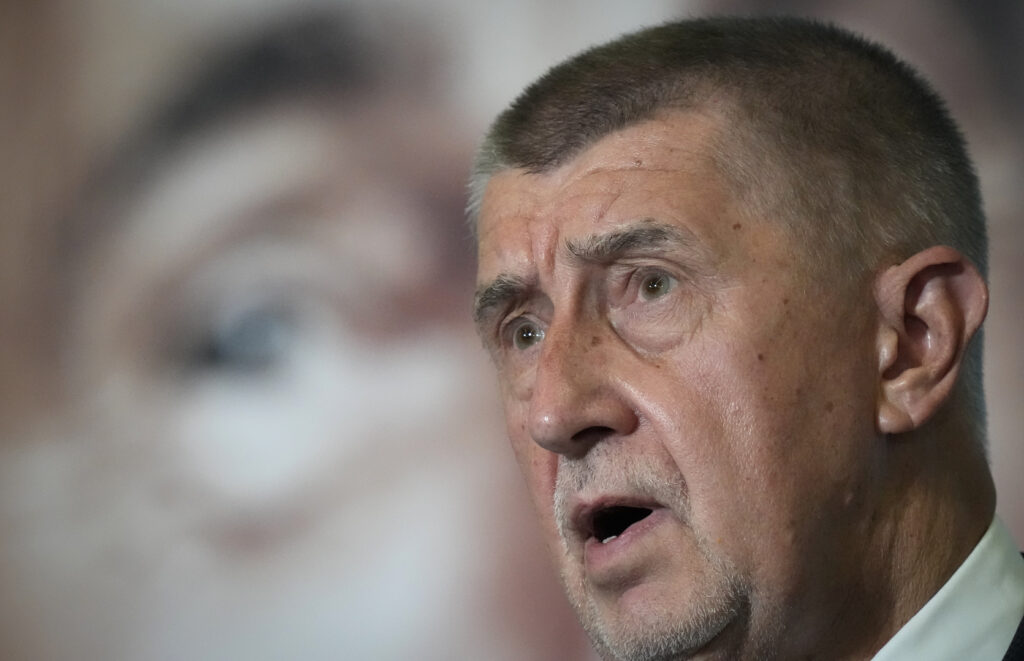 Prime Minister Andrej Babis’s centrist party on Saturday narrowly lost the Czech Republic’s parliamentary election, a surprise development that could mean the end of the populist billionaire’s reign in power.

The two-day election to fill 200 seats in the lower house of the Czech Republic’s parliament took place shortly after the International Consortium of Investigative Journalists reported details of Babis’s overseas financial dealings in a project dubbed the “Pandora Papers.” Babis, 67, has denied wrongdoing.

With all the the votes counted, the Czech Statistics Office said Together, a liberal-conservative three-party coalition, captured 27.8% of the vote, beating Babis’s ANO (Yes) party, which won 27.1%. In a second blow to the populists, another center-left liberal coalition of the Pirate Party and STAN, a group of mayors, received 15.6% of the vote to finish third, the statistics office reported.

“The two democratic coalitions have gained a majority and have a chance to form a majority government,” said Petr Fiala, Together’s leader and its candidate for prime minister.

The winning coalition won 71 seats while its partner captured 37 seats to have a comfortable majority of 108 seats. Babis won 72 seats, six fewer than in the 2017 election.

The five opposition parties, which have policies closer to the European Union’s mainstream compared with the populist Babis, put aside their differences in this election to create the two coalitions, seeking to oust the euroskeptic prime minister from power.

Still on Saturday night, the two coalitions announced they have signed a memorandum of their will to govern together.

The result means “an absolute change of the politics in the Czech Republic,” analyst Michal Klima told Czech public media. “It stabilizes the country’s position in the West camp.”

The anti-migrant and anti-Muslim force in the Czech Republic, the Freedom and Direct Democracy Party, which wants the country to leave the EU, finished fourth with 9.6% support, or 20 seats, less than the 22 seats it won in 2017.

Prior to the vote, Babis led a minority coalition government of ANO and the Social Democrats in the Eastern European country of 10.7 million people, which is a member of both the European Union and NATO. He has also governed with the support of the maverick Communists.

But both the Social Democrats and the Communists, the country’s traditional parliamentary parties, failed to win seats in parliament Saturday for the first time since the split of Czechoslovakia in 1993.

Babis has had a turbulent term featuring numerous scandals. Among them, police recommended that he should be indicted over alleged fraud involving EU subsidies, and a recently published EU report concluded that Babis has a conflict of interest over subsidies from the bloc involving his former business empire.

The “Pandora Papers” report that presented details of how many of the world’s richest and most powerful people allegedly hide their wealth from tax collectors alleged that Babis put $22 million into shell companies to buy 16 properties in southern France.

The French properties were not disclosed in the prime minister’s required asset declarations, according to documents obtained by the journalism group’s Czech partner. Babis claimed the report was meant to harm him in the election.

Still, all public polls before the vote had favored his ANO party to win the election.

“We didn’t expect to lose,” Babis said, congratulating the winner. “We accept that.”

The leader of the strongest party usually gets a chance to form a new government. President Milos Zeman, Babis’s close ally, didn’t immediately comment but previously indicated that he will first appoint the leader of the winning party, not the winning coalition, to try to form a new government, which would be Babis. The two leaders will meet on Sunday.

“We’re the strongest party,” Babis said. “If the president asks me to create a government, I’ll open the negotiations about it.”

Any new government has to win a parliamentary confidence vote to rule, however, and Babis and his potential partner, the Freedom party, don’t have enough support for that.

Babis declined to confirm his campaign claim he would leave politics should he be in opposition.

Babis had bet on an aggressive campaign, with migration a major topic even though his country is not a typical destination for migrants and refugees, a move that analysts said divided the nation. He invited Europe’s anti-migration champion, Hungarian Prime Minister Viktor Orban, to attend a campaign rally. Babis is also critical of the European Union plan to tackle climate change, saying it would hurt the country’s economy.

Fiala, the leader of Together, pledged to pursue different politics.

“It doesn’t matter who you voted for,” he said after the results were announced. “We’re all Czech citizens who have to live together as neighbors, friends and colleagues. That’s what unites us all.”

The liberal-conservative Together consists of the Civic Democratic Party, Christian Democrats and the TOP 09 party. The Pirate Party and STAN, the grouping of mayors and independent candidates, formed the other coalition.

Despite their differences on many issues, including climate change, same-sex marriage and the adoption of the euro, the opposition parties all support EU and NATO membership.

Creating a five-party coalition “will be painful and will need to include lots of concessions from both sides. It should be based on the topics they are able to agree on,” said Petr Just, an analyst from Metropolitan University Prague.