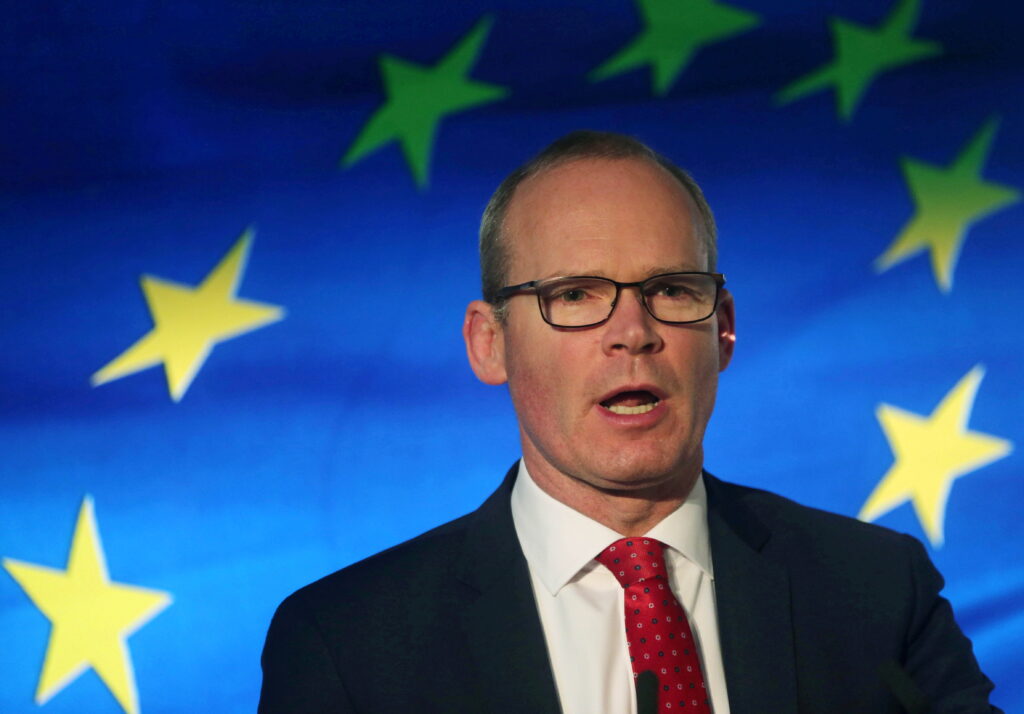 Ireland’s foreign minister has warned that British demands risk a “further breakdown in relations” with the European Union ahead of talks this week aimed at resolving the impasse over the Brexit agreement.

Simon Coveney posted the remarks on Twitter after the U.K.’s Brexit minister reiterated his insistence that the European Court of Justice must not be allowed to oversee implementation of the deal. Coveney described this as a new “red line’’ that will impede progress in the negotiations.

“Does (the U.K. government) actually want an agreed way forward or a further breakdown in relations?’’ he wrote.

The European Commission is expected this week to publish its proposals for breaking the deadlock over trade arrangements for Northern Ireland, the only part of the U.K. that has a land border with the 27-nation bloc. The British government has sought to renegotiate part of its divorce deal with the EU that requires customs and border checks on some goods moving between Northern Ireland and the rest of the U.K.

The regulations are intended to ensure goods entering the EU’s single market meet European standards while keeping an open border between Northern Ireland and the Republic of Ireland — a key pillar of Northern Ireland’s peace process. But the checks have angered Northern Ireland’s unionists, who say they weaken the region’s ties with the rest of the U.K. and make it harder for businesses to operate.

“The role of the European Court of Justice in Northern Ireland and the consequent inability of the U.K. Government to implement the very sensitive arrangements in the protocol in a reasonable way has created a deep imbalance in the way the protocol operates,’’ British negotiator David Frost said in remarks released ahead of a speech Saturday in Lisbon. “Without new arrangements in this area, the protocol will never have the support it needs to survive.”

The Times of London reported Saturday that Brussels is likely to offer unhindered access for products linked to British “national identity.”

During a speech to the Conservative Party conference last week, Frost threatened to trigger a contentious break clause in the divorce deal if the EU were unwilling to make concessions on Northern Ireland.

Frost said the Brexit agreement, which he negotiated and was signed by Britain and the EU, was undermining peace in Northern Ireland and causing “instability and disruption.”

Unless there are major changes to the deal, Britain will invoke Article 16, a provision that lets either side suspend the agreement in exceptional circumstances. However, Britain has made that threat before, and Frost didn’t pull the trigger.

“But we cannot wait forever,” he said.