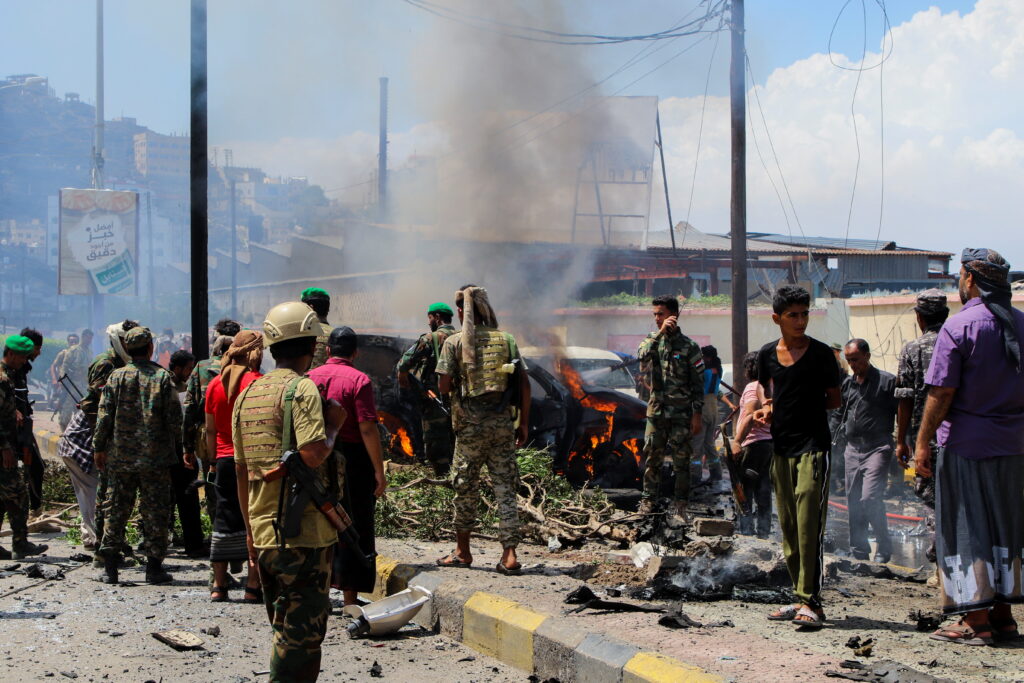 Lamlas is secretary-general of the Southern Transitional Council (STC), a main separatist group which has vied with the Saudi-backed government for control of Aden and Yemen’s wider south.

Suqatri is also a member of the United Arab Emirates-backed STC, which has also seen infighting among its ranks.

The government and the STC are nominal allies under a coalition led by Saudi Arabia which has been battling the Iran-aligned Houthi movement. Instability in the south complicates United Nations-led peace efforts.

The military alliance intervened in Yemen in March 2015 months after the Houthis ousted the internationally recognized government from the capital Sanaa.

The government is based in the south while the Houthis control most of the north.