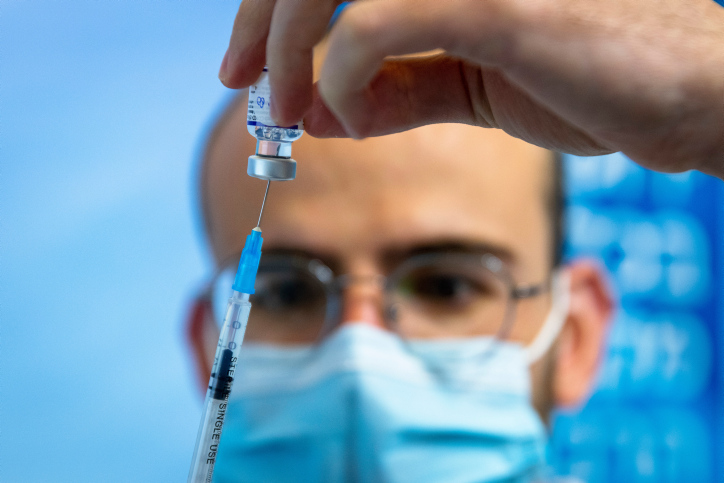 An Israeli teenager died of lingering health complications after falling ill with COVID-19.

The 16-year-old was unvaccinated and did not have any existing medical conditions. He had been hospitalized at Schneider Children’s Medical Center in Petach Tikva after being brought there from another hospital two weeks ago.

The hospital had been treating the teenager with an ECMO machine for pediatric inflammatory multisystem syndrome (PIMS), a rare condition that develops in some children after exposure to the coronavirus.

The boy was identified in media reports as Aden Jamal Fayumi, a resident of the central Arab town of Jaljulia.

The fatality was believed to be the first recorded death from PIMS in Israel. Around 100 cases of PIMS have been recorded in Israel since the syndrome was first reported, according to Haaretz.

PIMS is still considered rare. Fewer than 100 Israeli children are known to have been diagnosed with post-COVID syndrome, but around half of these cases have been during the Delta wave.

“I think we are seeing a rise in PIMS in recent weeks,” Schneider’s Dr. Ofer Schiller said following Fayumi’s death.

On Wednesday, a six-month-old baby was hospitalized in critical condition from the same syndrome and was connected to an ECMO machine at Sheba Medical Center in Tel Hashomer. The baby’s condition deteriorated overnight Friday, and the hospital said he was taken into surgery in very serious condition. By Shabbos morning, Sheba doctors said they were fighting for the baby’s life.

PIMS is a multi-organ infection. Its features are similar to those of Kawasaki disease – an acute and usually self-limiting vasculitis of the medium caliber vessels, which almost exclusively affects children – and toxic shock syndrome, a rare, life-threatening complication of certain types of bacterial infections.

The first symptoms are a high fever, coughing and difficulty breathing. Ultimately, the syndrome can affect the heart, digestive, nervous and respiratory systems. The disease usually occurs a few weeks after being infected with COVID and can occur in children who were either symptomatic or asymptomatic while they had the virus.

Dr. Schiller said the hospital shares in the sorrow of the teenager’s family.

“I call on everyone to go out and get vaccinated,” Dr. Schiller said.

The reproduction rate, which relates to the number of people each confirmed carrier infects, stands at 0.73. A reproduction rate of less than 1 means an outbreak is subsiding. In Israel, it has consistently remained below 1 for almost a month.

There are currently 31,868 active cases in the country, with 663 Israelis hospitalized. Of those, 460 are in serious condition. In contrast, the average number of seriously ill patients last week stood at 634.

According to data, most hospitalized patients have not been vaccinated against the coronavirus at all, and 93% did not receive their third jabs.