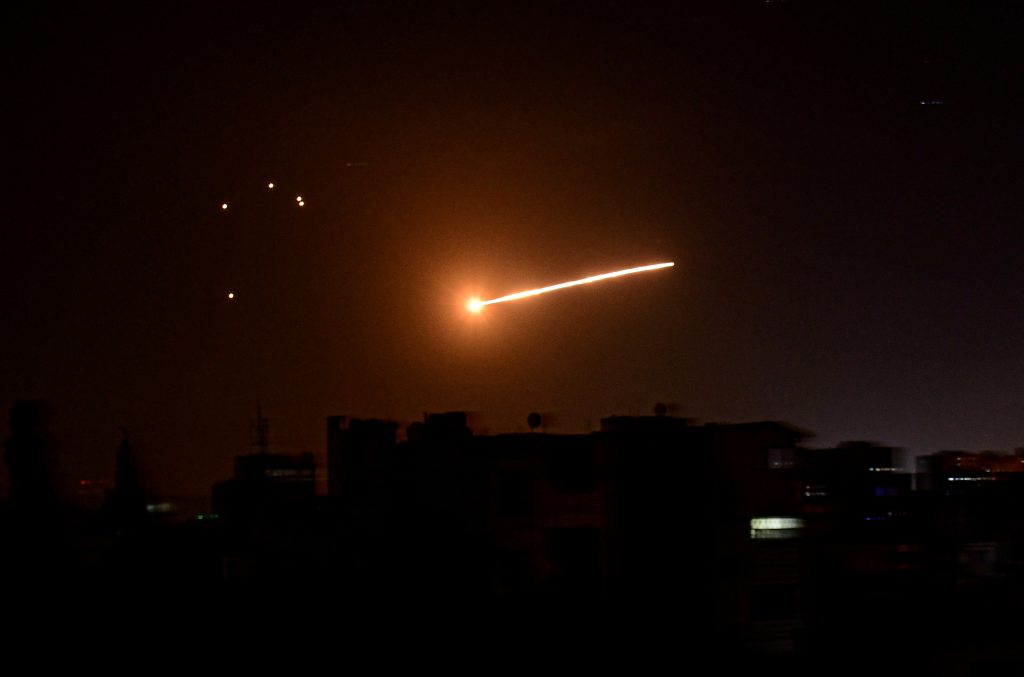 The Syrian Observatory for Human Rights said the two foreigners were killed in the raid on the T4 airbase late Friday, but their nationality was not immediately clear.

The official Syrian news agency SANA earlier said that “at around 9:00 p.m., the Israeli enemy… fired a volley of missiles towards the T4 military airport.”

“The aggression wounded six soldiers and led to some material damage,” it added.

The Observatory said the attack targeted a drone depot at the base.

SANA said the Syrian air defenses hit most of the incoming missiles.

Over the past years, Israel is believed to have been behind many strikes inside government-controlled parts of Syria.

Israel has acknowledged it is going after bases of Iran-allied militias, such as the powerful Lebanese Hezbollah terror group fighting on the side of Syrian President Bashar Assad’s forces in the civil war, and suspected arms shipments believed to be bound for the Iran-backed Hezbollah.

However, Israel rarely comments on individual attacks. Hezbollah has sent its members to fight alongside the Syrian government forces for much of the decade-old conflict.