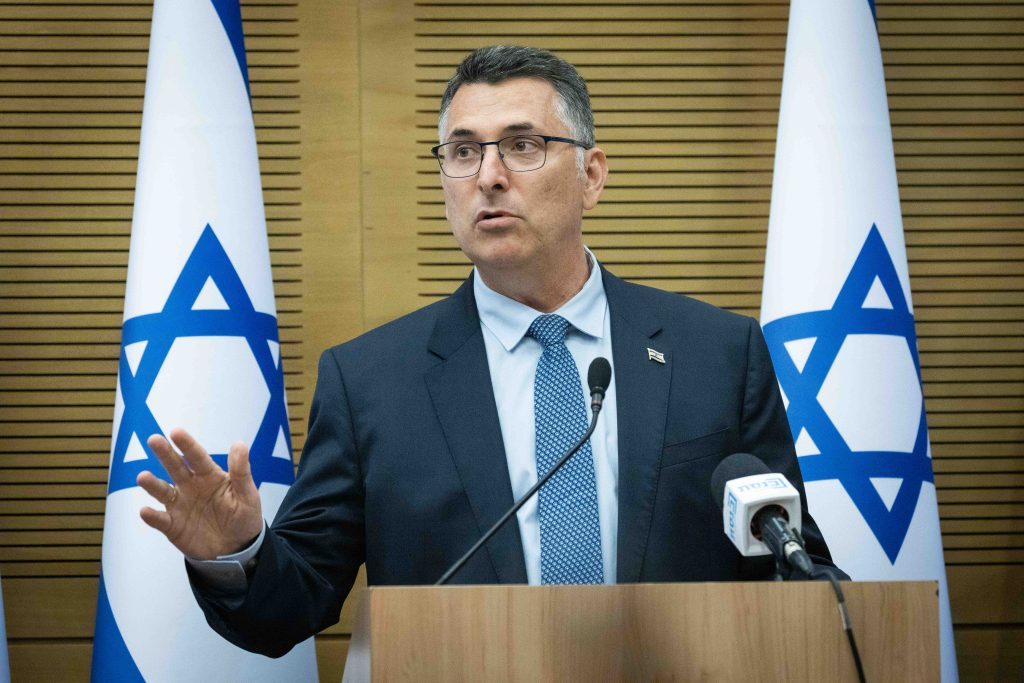 Justice Minister Gideon Sa’ar told Channel 13 News on Wednesday that he plans to present a law that bars defendants from forming a government to a Knesset vote as early as next week.

The opposition says the bill is designed specifically to prevent former Prime Minister Binyamin Netanyahu, who is facing corruption charges, from seeking the premiership in the next elections. Sa’ar denied the allegations, saying, “If mayors and ministers are not allowed to serve with an indictment, then what is personal here?”

Sa’ar noted that “if he is the glue and the government is so bad, it might be time for him to draw conclusions. If Netanyahu had not headed the Likud, another government could have been formed. All elements of the government who come from different positions in terms of worldview understood that a change was needed.”

The Likud Party blasted the move, saying, “Gideon Sa’ar, whose party does not pass the electoral threshold in recent polls, wants to pass an Iran-North Korea-style law that will prevent Binyamin Netanyahu, whom the majority of the public wants as Prime Minister, from running for state leadership. A dictatorship at its best.”