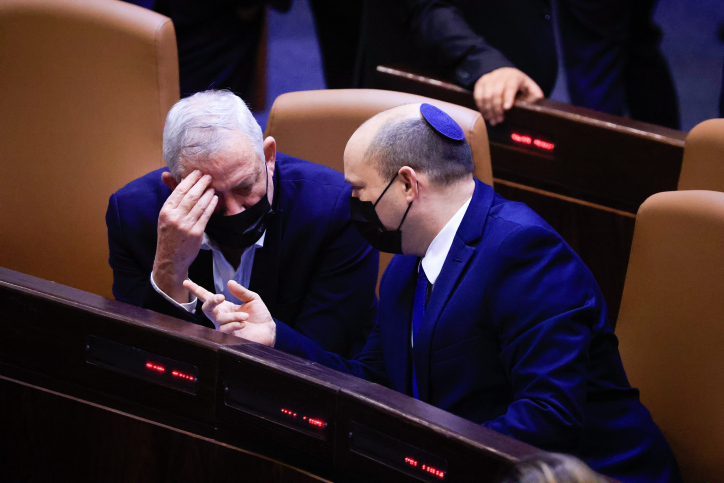 The revelation of the operation to find information on Lt. Col. Ron Arad’s fate has led to a confrontation between Prime Minister Naftali Bennett and Defense Minister Benny Gantz, Haaretz reported on Thursday.

The two already have a difficult relationship, which came to a head after Bennett disclosed the operation without consulting Gantz – the defense minister – first.

According to Haaretz, Gantz was informed of Bennett’s intention to reveal the operation only a few minutes before his speech in the Knesset on Monday.

Political sources indicate that it was Gantz who was behind the media presentation of the operation as a failure shortly after it was exposed by Bennett. A source close to the Prime Minister told Haaretz that Gantz’s attitude was “abnormal.”

Channel 12 News reported that the Mossad did not oppose the Prime Minister’s intention to reveal the existence of the operation, which has yielded reliable intelligence.

In his speech on Monday, Bennett told the Knesset that agents from the Mossad had carried out an operation last month to find the location of Ron Arad, an Israeli Air Force navigator captured by the Shiite group Amal in Lebanon in 1986.

“Thanks to the operation, high-quality intelligence was gathered, obtained, and will direct us to places that we did not know before the operation,” a security source told Channel 12. “It will help us understand what happened to Ron Arad.”