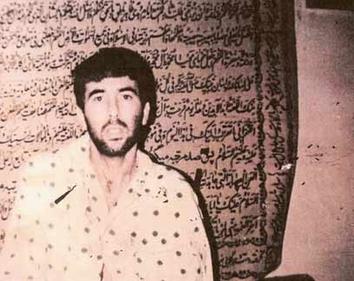 Mrs. Tami Arad, wife of missing IAF navigator Ron Arad, responded on Thursday morning to a recent mission by Israeli security teams to find information about her husband and said that it had not endangered the lives of any personnel.

Arad’s comments, which she posted on her social media page, contradicted remarks by a security official earlier this week, who said that the recent operation had entailed great personal risk for the agents involved.

“Thirty-five years later, the criticism column in Ha’aretz on Tuesday ran with the headline ‘Leave Ron Arad alone.’ The writer, Rogel Alfer, didn’t really mean leave Ron alone, because on Wednesday, he wrote another column about Ron, which was titled ‘Where Is the Judgment,’ and this morning, too, Ron is ‘starring’ with Alfer.”

Arad said she would start with the “bottom line” of what was of concern to Alfer: “Despite the many reports, the lives of the soldiers in the recent operation were not in danger. I stand behind every word I write. I checked with the most senior Mossad officials before and after it, and I was convinced that they were telling the truth.

“What’s more, this is an opportunity to note that in the years they were searching for Ron, in various operations, no soldiers or Mossad agents were killed. I checked this fact, too, with the same senior Mossad officials after the Zman Emet program talked about a ‘trail of bodies.’ I don’t know what was behind these reports, but I would expect people who report material about people’s lives to check themselves before stating facts,” Arad wrote.

“Not that it’s not important but because we believe that this message will protect the lives of future captives,” she wrote.

Arad took issue with Alfer’s statements about what fate he believed to have befallen her husband. Alfer wrote: “Ron was not a particularly important soldier in the IDF. He was just another soldier, and his plane was shot down, and after a few years in prison, he died. In the operation in which his plane was downed, Arad did not display unusual courage.”

“It’s so easy to be a keyboard warrior and sum up in one dismissive sentence what he thought happened to Ron,” Arad wrote.

Arad wrote that Alfer’s comments about Ron’s “importance” to the IDF were an indication to her that “If [Alfer] served in the army, he wasn’t on any life-threatening missions because it’s hard to believe that someone raised as a fighter would say things like this. It also shows that Alfer thinks that the IDF should take action only for ‘important’ soldiers.

“When soldiers depart for a mission and are wounded or taken captive, their rescue is not carried out based on how important they are to the army,” Arad wrote.

Arad also corrected Alfer’s statement that Ron’s plane had been “shot down,” explaining that the aircraft had exploded as a result of a rare malfunction that had ignited the plane’s weapons, and pointed out that Ron had managed to eject himself and the pilot, Yishai, as the plane was exploding.

“Ron was wounded during the ejection and stayed alive, becoming a burden on the state, in Alfer’s eyes,” Arad wrote.

“I know from conversations I’ve had with soldiers from Ron’s squadron, who are active now and putting their lives in danger, that the knowledge that the government has not abandoned Ron to ‘rest in peace,’ as Alfer put it, is present in every one of their sorties,” Arad wrote.