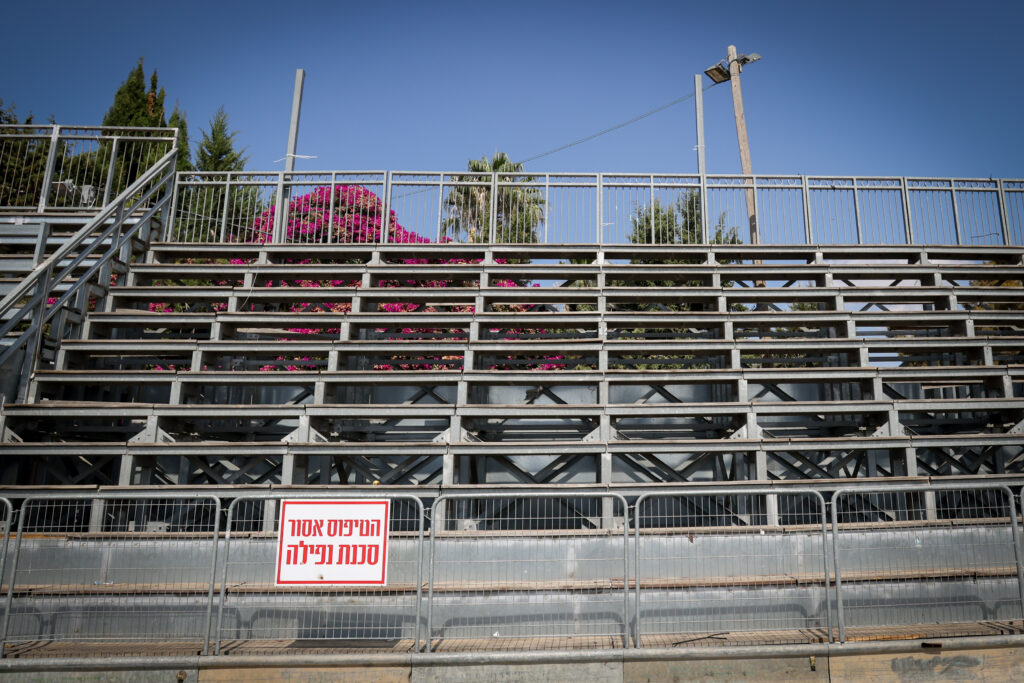 A hitherto unreleased video of the disaster at Meron reveals that the passageway which was the site of the tragedy had been partially blocked by barricades, possibly making it more difficult for people to exit during the emergency, The Times of Israel reported on Thursday.

The footage was submitted as evidence to the state commission of inquiry into the circumstances surrounding the worst civilian disaster the history of the state of Israel, in which 45 people were killed.

The blockades cannot be seen in the video that is available of the crush itself, and it is as yet unknown if they were removed before the crush or if they contributed to the deadly outcome.

The video was taken a half hour before the tragedy occurred.

The commission will also seek to determine who authorized the blockades to be placed there.

Official working at the site on April 30, Lag Ba’omer of this year, have testified that there were no such blockades in place.