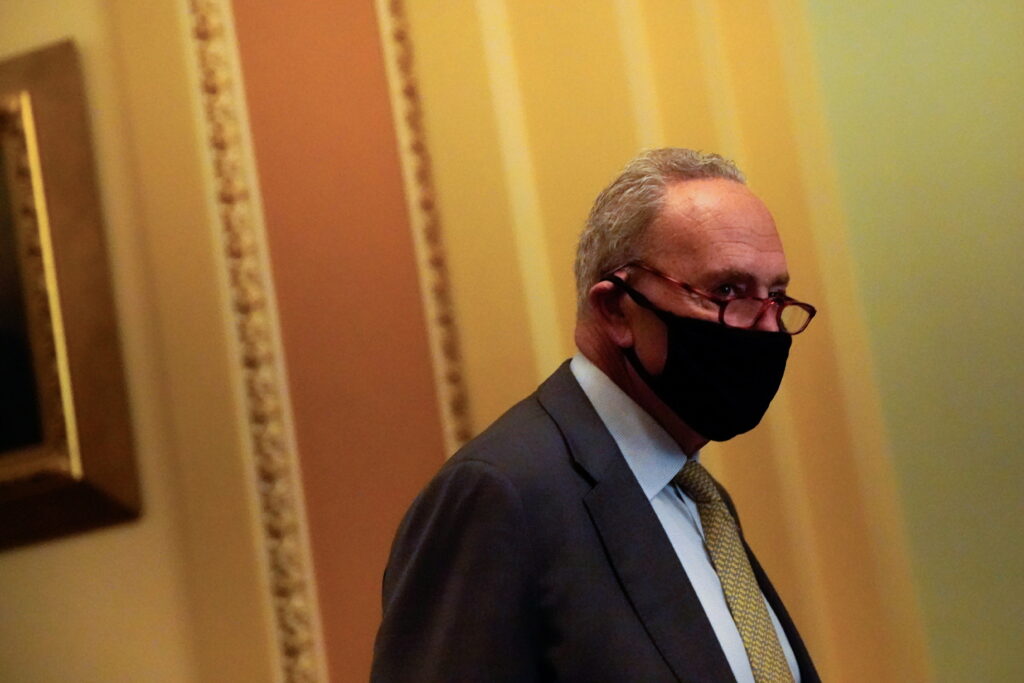 “We’ve reached agreement,” Schumer announced as he opened the Senate. “Our hope is to get this done as soon as today.”

Democrats had been trying to pass legislation that would have raised the debt limit through the end of 2022 but Republicans blocked that effort.

If the new deal passes, Congress would have several weeks to attempt to agree on either a longer-term debt limit increase or another stop-gap measure.

In December, Congress also faces a deadline for funding the government. Democrats also want to pass two massive spending bills that make up much of President Joe Biden’s domestic agenda in the coming weeks, including a multitrillion-dollar social policy package and a $1 trillion bipartisan infrastructure bill.

Without congressional action to raise the $28.4 trillion debt limit, the Treasury Department has forecast that it will run out of ways to pay all of its bills by Oct. 18.

On Wednesday, a breakthrough came when Senate Republican Leader Mitch McConnell proposed a temporary debt limit increase that would not be blocked by members of his party.

That offer triggered hours of behind-the-scenes negotiations between the two sides than ran late into Wednesday night.

Schumer did not say whether the temporary debt limit increase would be pegged to a specific dollar amount or merely a specific date.

But while Democrats were going along with a two-month extension of the higher borrowing cap, they showed little interest in another demand from McConnell: that they use the intervening weeks to pass a longer-debt ceiling extension through a complex process called reconciliation.

Several Democrats said this would be too complicated and risky.

“We’re not going to do debt limit through reconciliation,” said Democratic Senator Debbie Stabenow. “At this point, if we can move it [the debt ceiling] till December, that just gives us more time to … get the President’s agenda done.”

Republicans said they had been worried that Democrats might change a rule known as the filibuster that requires a supermajority of 60 votes for most legislation to advance, if the debt issue were not resolved.

The Senate is split 50-50 between the parties, which has allowed Republicans to use the filibuster to block Democratic efforts to suspend the debt limit as well as other Democratic initiatives. But Biden said late on Tuesday that Democrats would consider making an exception to the filibuster to hike the debt ceiling and defend the economy.