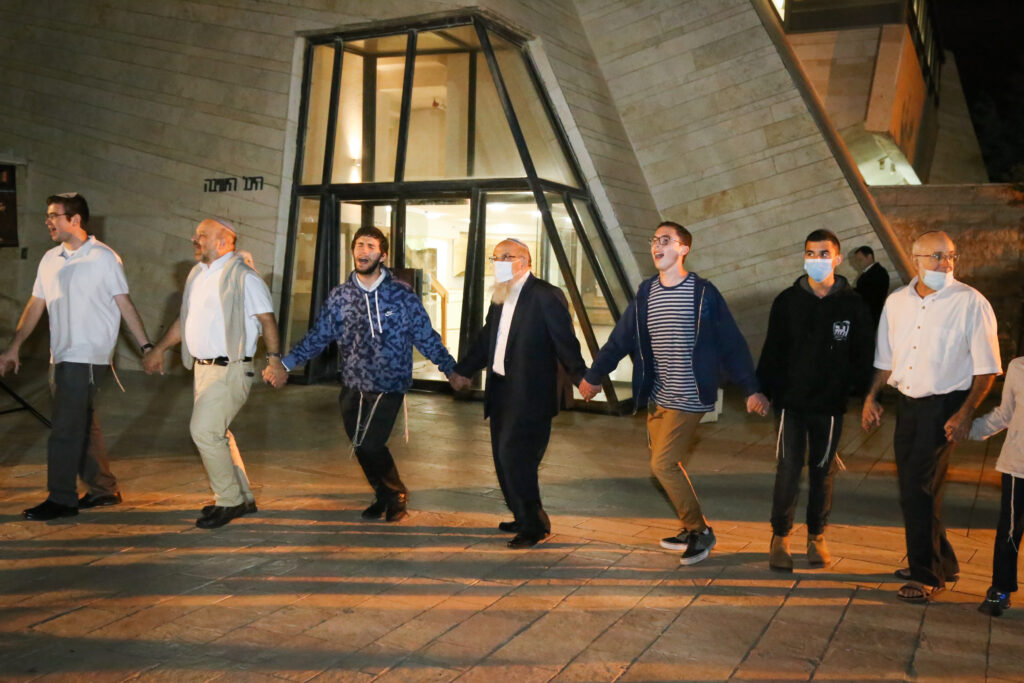 I have the opportunity to study with a Jewish attorney named Kyle, who is in his late 30s. He grew up as a Reform Jew in Michigan and married a Jewish girl from the Chicago area, and they have two children. At my suggestion, he started to read the ArtScroll Stone Chumash on his own. When he has questions based on his readings, he asks them to me at the next study session we have together.

A few weeks ago, he finished Parashas Noach. He had read in the Stone Chumash regarding why the Mabul is called “Mei Noach,” which sounds as if it is Noach’s fault that the Mabul came. He wanted some further clarification. I discussed it with him and elaborated that only Noach could have saved his generation, yet he did not.

For example, the Zohar teaches that Noach did not daven adequately on their behalf, unlike Avraham, who repeatedly davened on behalf of Sedom. Furthermore, the Midrash compares Noach to a captain who saves himself while letting his passengers drown. On some level, Noach was content maintaining his spirituality and that of his family and was not adequately bothered regarding the rest of society, and therefore did not exert himself to help them change and repent.

After I gave him this explanation, Kyle thought for a moment and then had another question.

This question startled me.

He said, “Rabbi Levine, you are helping me understand Torah Judaism, but why aren’t more Orthodox Jews helping the assimilated Jews that they know? Isn’t that Mei Noach? Aren’t the Orthodox Jews the only ones who can save their secular brethren?”

I was taken aback because he was right.

And, as Kyle pointed out, so can we.

How are we going to answer his question? Here are some suggestions based on my kiruv experience, but each person must answer the question for himself.

If you have close or distant relatives who are not observant, start with your family. With sensitivity and wisdom, think about ways you can connect with them and connect them to their Judaism. Can you call them to wish them a good Shabbos? Can you invite them to a Chanukah party? Many Jews, even those who are not observant, are proud of their family history. Perhaps you can use that as a springboard for connection, whether through building a family tree or by creating a family genealogy book together.

Do you have neighbors or co-workers who are Jewish but not observant? Can you share a Jewish article from Aish.com with them? Can you invite them for a Shabbos meal? Can you drop off extra challah for Shabbos? My family and I have done many of these small acts, and it is almost always greeted with appreciation by the recipient.

As mentioned, the Zohar criticizes Noach for not davening on his generation’s behalf. Even if active kiruv seems intimidating, one can and should daven for the non-observant Jews he knows, that they should connect to Hashem and Torah and mitzvos. In V’haarev na every day, Chazal included a phrase, where we daven for “tze’etzaeinu” for our own children. The Chofetz Chaim lists that as one of the places a parent should beseech Hashem that his children go on the Torah’s path. In the phrase following, we daven for “tze’etzaei amcha beis Yisrael,” for the children of Klal Yisrael. Rather than make the mistake of Noach, we can use that phrase daily to daven for Klal Yisrael’s children as well as our own.

It is our obligation, our responsibility, and our mandate.

If not, what will you answer Kyle?

Rabbi Menachem Levine is the CEO of JDBY-YTT, one of the largest Jewish schools in the Midwest. He served as Rabbi of Congregation Am Echad in San Jose, CA, from 2007–2020. He is a popular speaker and writer.