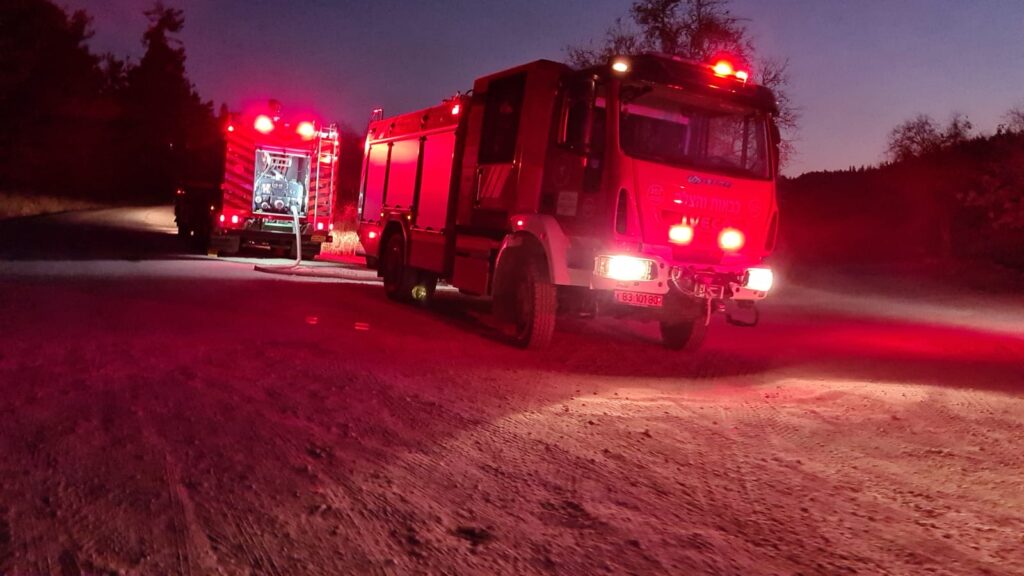 Dozens of firefighting units and four firefighting planes were battling a fire in the Begin Park of the Judean Hills near Beit Shemesh on Thursday evening.

B’chasdei shamayim, initial reports indicate that the fire pose no immediate danger to local residents and no evacuations have been ordered.

The fact that the fire broke out in multiple locations in the area have led to suspicion of arson.

Subsequently, police said they arrested a woman on suspicion of setting the fire. The woman, in her 30s, was identified as coming from the town of Hashmonaim, and had gone missing earlier in the day.

She was found inside a car, say police, and was detained and brought in for questioning.