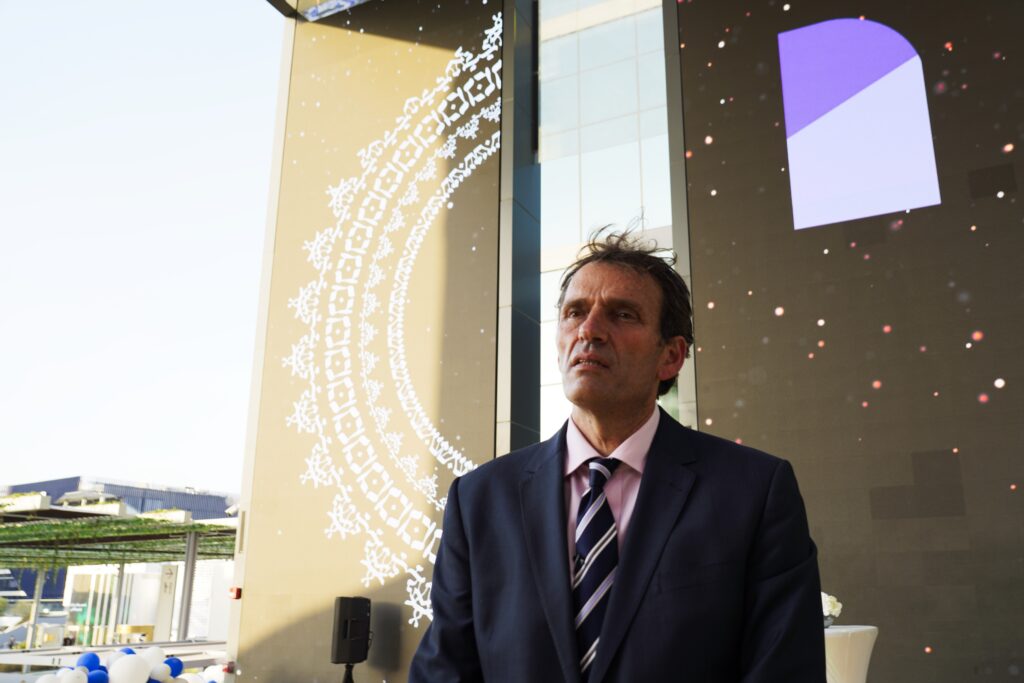 Israel ceremonially opened its gleaming pavilion at the world’s fair in Dubai on Thursday, over a year after normalizing ties with the United Arab Emirates and amid a pandemic that has disrupted much of the tourist and cultural exchanges promised by the U.S.-brokered accords.

There was a noticeable presence of close protection officers wearing dark suits and ear pieces at the Israeli opening. Security shepherded reporters through X-ray body scanners into a separate room, a level of security unseen at other pavilion visited by The Associated Press.

“I am delighted to invite all of you to come and visit my country,” Israeli Tourism Minister Yoel Razvozov told the crowd of revelers after cutting the ribbon.

Israeli officials, in Dubai to cement ties after the two countries inked a long-awaited visa waiver agreement this week, traipsed through the mirrored pavilion, their reflections unfolding around them. Emiratis in traditional floor-length white dress gazed at panoramic views of Yerushalayim’s Old City gliding across vertical screens as a pop rendition of Shalom Aleichem played. Jewish attendees wore skullcaps emblazoned with the tourist logo of the UAE.

“It’s not only (about) pavilions and visitors’ centers,” Noam Katz, a Foreign Ministry spokesperson, said of the Israeli presence at Dubai’s Expo. “It’s power gathering.”