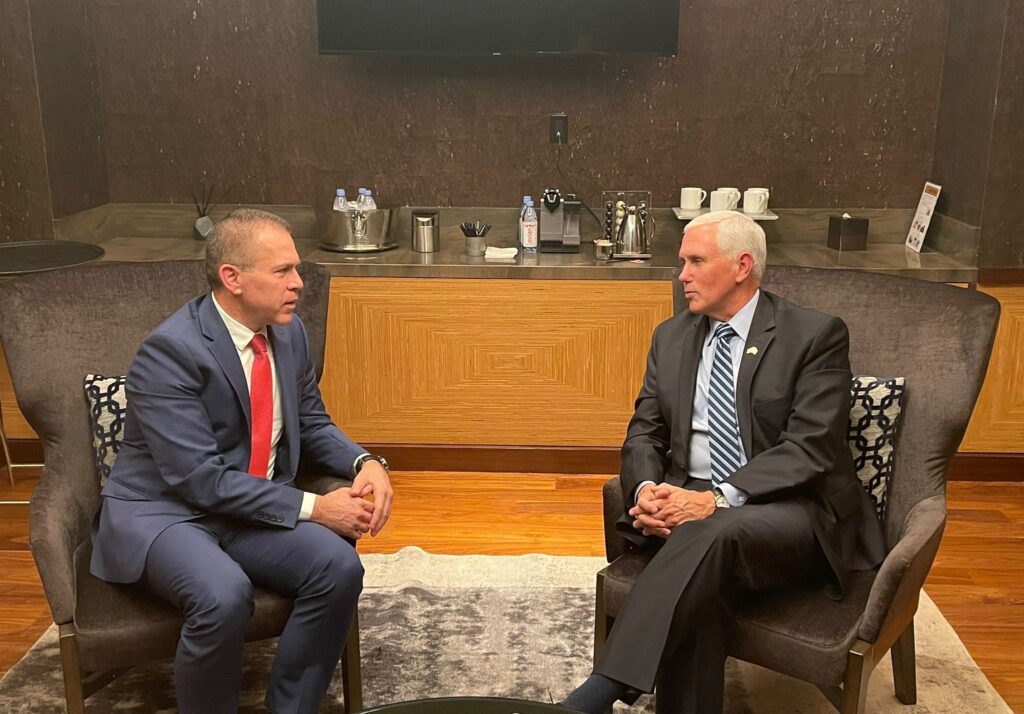 Israel’s Ambassador to the United States and the United Nations Gilad Erdan met with former Vice President Mike Pence on Wednesday during a visit to Texas, calling the Republican politician a “true friend of Israel.”

In an online post after the meeting, Erdan said that he thanked Pence “for his strong support for Israel.”

The envoy said that the pair discussed antisemitism and the boycott movement against Israel as well as “our common values” and the alliance between the United States and Israel.

Pence is a longtime supporter of Israel and maintained close ties with Indiana’s Jewish community while serving as governor of the state from 2013 to 2017.

In 2018, Pence became the first U.S. Vice President to deliver an address to the Knesset in Yerushalayim.