Israel Sullivan: If Diplomacy Fails, U.S. Prepared to ‘Turn to Other Options’ Against Iran
Israel 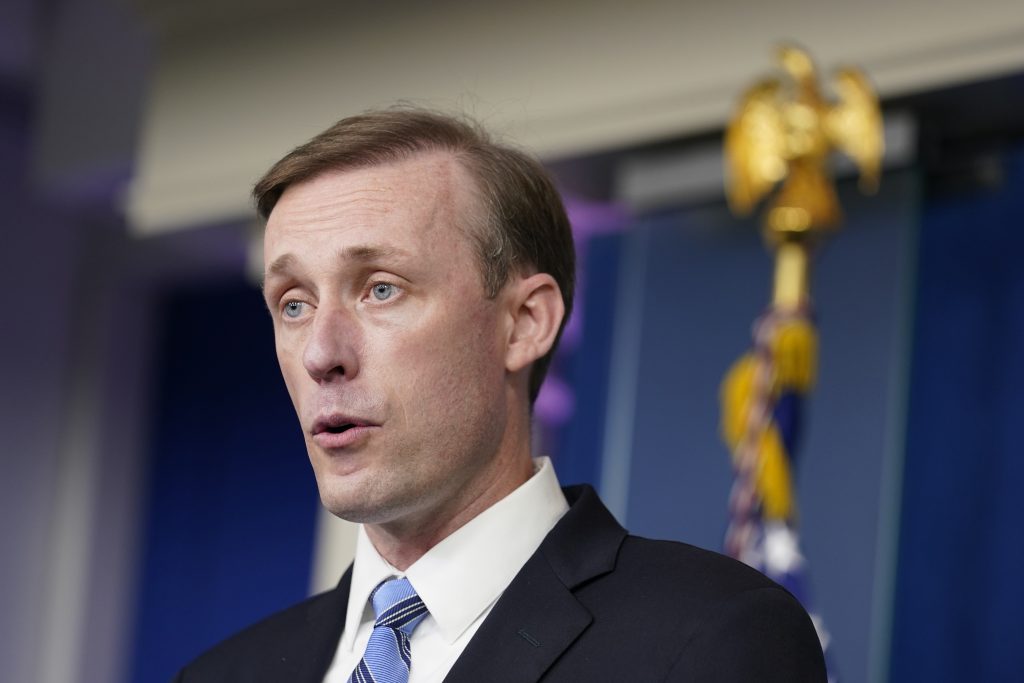 Sullivan met with Hulata and a senior Israeli interagency delegation at the White House for a meeting of the U.S.-Israel Strategic Consultative Group. The meeting was attended by senior U.S. and Israeli defense, military, intelligence and diplomatic officials.

The White House stated that the two sides, who have previously met, “exchanged views on the most pressing challenges impacting the security and stability of the region,” and “expressed their shared determination to address the threats facing Israel and regional partners.”

Sullivan emphasized President Joe Biden’s “fundamental commitment to Israel’s security and to ensuring that Iran never gets a nuclear weapon.”

Sullivan explained that the Biden administration believes diplomacy is the best path to achieve that goal, while also noting that the President has made clear that “if diplomacy fails, the U.S. is prepared to turn to other options.”

U.S. experts believe the time it would take Iran to achieve nuclear “breakout” – enough enriched uranium to build a nuclear bomb – has “gone from about 12 months down to a period of about a few months” since Trump pulled out of the pact, a U.S. official said earlier, speaking on condition of anonymity.

Shiite Iran, Israel’s regional arch-foe and a major threat to moderate Sunni countries, has consistently denied it is developing a nuclear bomb.

Western powers have been trying for weeks to get Tehran to commit to resuming indirect negotiations with the United States in Vienna. The talks have been on hold since June, after hard-line cleric Ebrahim Raisi was elected Iran’s president, and Tehran has been vague about when it might return to the table.

U.S. officials have declined to specify what actions are under consideration if diplomacy with Iran collapses.

Behind Tehran’s stalling is an attempt to gain leverage to extract more concessions when negotiations do eventually resume, some officials and analysts have said, including by advancing its uranium-enrichment program.

Bennett has made clear he wants Biden to harden his stance against Iran’s nuclear program, which Israel considers an existential threat.