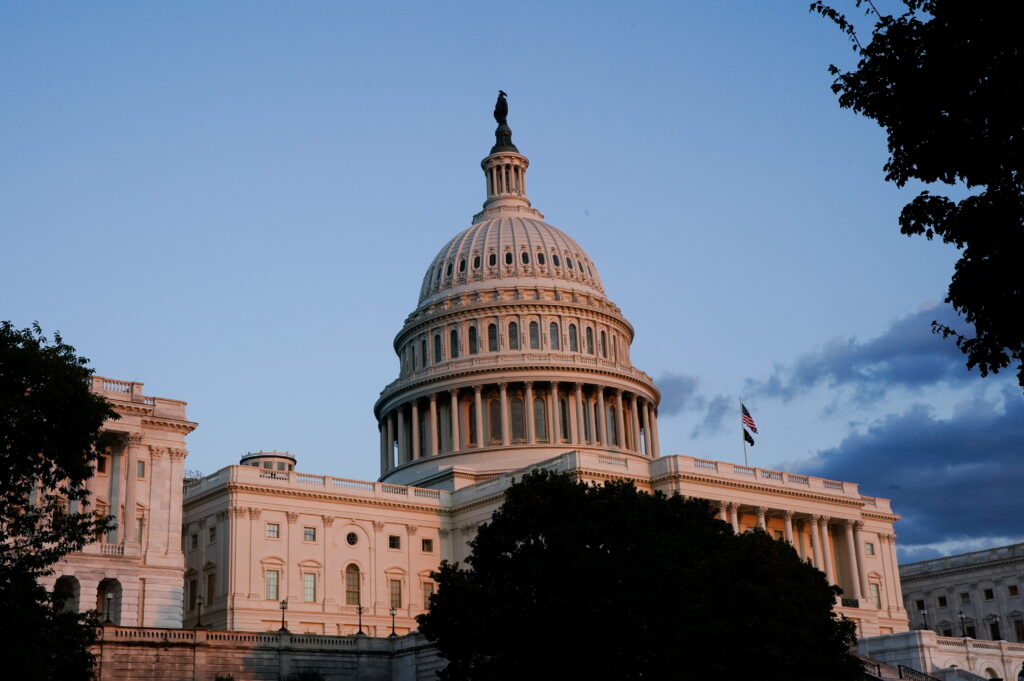 The U.S. Senate postponed a vote to head off a federal debt default on Wednesday as Democrats considered a Republican proposal that could potentially defuse the partisan standoff that threatens the broader economy.

Democrats called off an early afternoon vote and planned a closed-door meeting after Senate’s top Republican, Mitch McConnell, floated a plan that would buy more time to resolve the issue. McConnell proposed that his party would allow an extension of the federal debt ceiling into December.

Without congressional action to raise the $28.4 trillion debt limit, the Treasury Department has forecast that it will run out of ways to meet all its obligations by Oct. 18.

It was not clear if Democrats would accept McConnell’s offer, given that it still hinged on the Senate eventually hiking the debt limit without Republican votes through a process called budget “reconciliation.” Both President Joe Biden and Senate Majority Leader Chuck Schumer have rejected that course.

“We will … allow Democrats to use normal procedures to pass an emergency debt limit extension at a fixed dollar amount to cover current spending levels into December,” McConnell said in a statement on Wednesday.

Democrats’ reaction to McConnell’s proposal ranged from skeptical to angry.

“That sounds like a terrible idea,” said Senator Chris Murphy. “It sounds like more games from Senator McConnell.”

If Democrats go along with the proposal, they would have to address the issue again in December, just as federal funding is due to expire. That could complicate their efforts to pass two massive spending bills that make up much of Biden’s domestic agenda.

Schumer did not immediately respond to questions about the offer.

There are less than two weeks to go before the Treasury Department expects to run out of ways to meet the government’s expenses. The Bipartisan Policy Center said on Wednesday that unemployment insurance payments, salaries for millions of federal employees and medical insurance payments could be delayed without a debt-ceiling hike.

Analysts say a default could upend the global financial system and cause millions of lost jobs.

Even a close call would likely be damaging. A 2011 debt ceiling dispute that Congress resolved two days before the borrowing limit was due to be reached caused stocks to tumble and prompted a first-ever credit downgrade for U.S. debt.

Moody’s Investors Service said on Tuesday it expects Washington will ultimately raise the debt limit, however, and U.S. stock indexes rose on Wednesday as investors grew more optimistic that Congress could reach a deal.

A more telling indication of investor relief was evident in the U.S. Treasury market, which would be directly affected by a U.S. default. Rates on 1-month T-bills – the securities most likely to be impaired by a failure of the government to pay interest or principal on the debt immediately after the deadline – dropped sharply in an indication that investors were again willing to buy them.

Democrats are looking at other options to resolve the standoff.

Biden said on Tuesday that Democrats might weaken a long-standing rule, known as the filibuster, which requires 60 votes to advance most legislation in the 100-seat Senate.

But that idea seemed unlikely to succeed, as a key centrist, Senator Joe Manchin, said he would not support it.

Reconciliation can be a long process, sometimes involving all-night sessions, but McConnell said on Wednesday that Republicans would support steps to speed it up.

Republicans had been expected to block the bill that was up for a vote on Wednesday, which suspended the debt limit until December 2022, after the midterm elections that will determine which party controls Congress for the next two years.

It was not clear when the Senate would meet to consider the bill, which has already been passed by the Democratic-controlled House of Representatives.