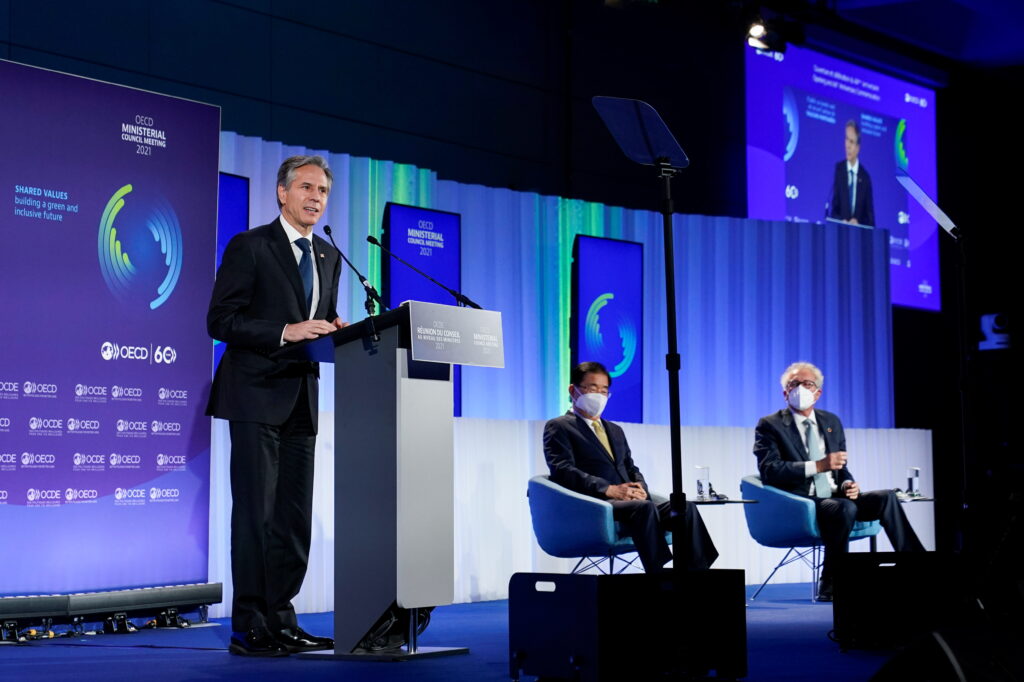 The two are expected to discuss the European-sponsored talks in Vienna aimed at reviving the 2015 Iran nuclear deal. An administration official said on Monday they anticipate resuming negotiations “in a fairly short period of time,” after an interruption of several months after Iran’s ultraconservative new President Ebrahim Raisi was installed and tensions flared again over the country’s violations of the accords.

Blinken invited Lapid to visit him in the U.S. during a September 6 phone call between the two. Lapid will reportedly not meet with President Joe Biden during the three-day trip from October 12 to 14.

In June, Lapid reportedly told Blinken that Israel has “some serious reservations” about the returning to the nuclear deal. His government coalition has been sharply criticized by opposition leader Binyamin Netanyahu for not not taking a stronger stand, as he had.

Last month, Defense Minister Benny Gantz told Foreign Policy magazine that he was prepared to see a renegotiated deal, the most accepting statement by a senior Israeli official to date.

Subsequently, a spokesperson for Gantz stressed that he does not support an American return to the agreement as is, but rather meant that Israel would accept some improved version.