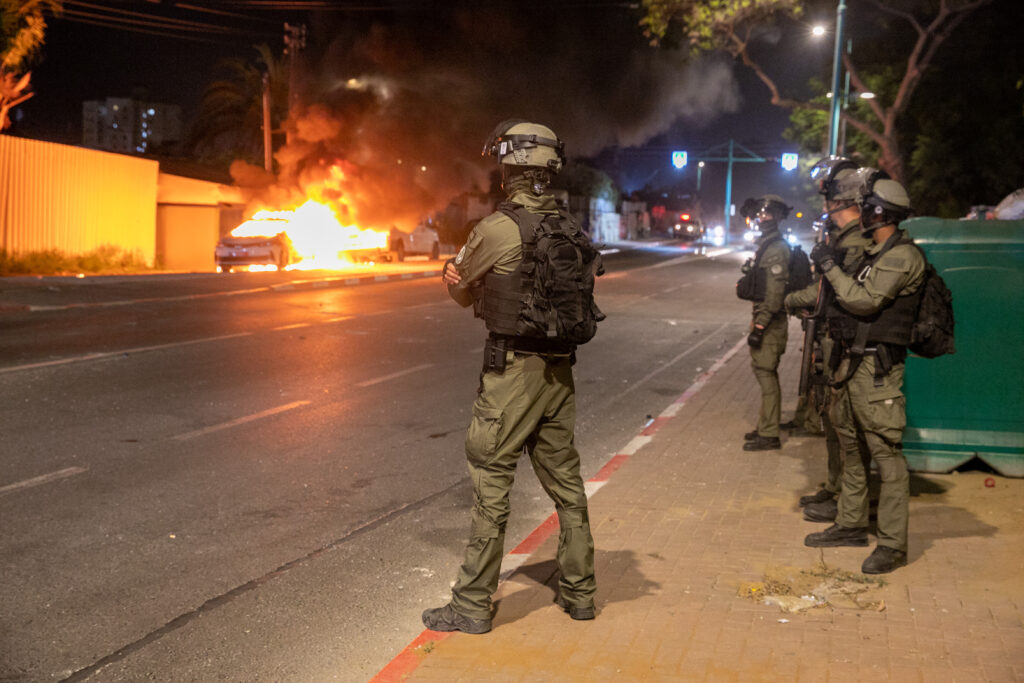 ​​​“We are aware of the threats from Hamas​, but during Operation Guardian of the Walls we were exposed to a threat within us, and citizens paid for it with their lives. Others were severely injured ​and are still in rehabilitation, when their only ‘sin’ was that they live in the wrong city,” Public Security Committee MK Merav Ben Ari (Yesh Atid) said Monday during a committee meeting on Israel Police’s conclusions following the outbreak of violence during Operation Guardian of the Walls. “We want to know that the residents of the country are protected,” she stated.

Police official Shlomi Toledano said, “In 2022, NIS 13 million will be allocated for police activity days. A large-scale plan has been prepared for increasing [police] personnel in the Arab sector. We recommended increasing the number of reserve units from 16 to 32. We will be able to call up these units during [violent] events. Three hundred and forty new positions in Border Police units have been approved in order to deal with riots. Budgets have been allocated towards turning Lod and Akko into ‘safe cities,’ with [security] cameras, technologies and the professional workforce that will operate it. In 2022, police stations will be reinforced with an additional 100 officers. New police stations will be built in Lod. The budget for the planning phase has been approved.”

Israel Police, Toledano said, led a thorough investigation for the purpose of drawing conclusions, and attaches great importance to increasing the workforce and passing relevant legislation. “Law enforcement is a cornerstone of a democratic country,” Toledano stated.

MK Rabbi Yitzchak Pindrus (United Torah Judaism) said, “Even before Lag BaOmer I told Netanyahu: ‘I see them going wild in Yerushalayim; an intifada will break out. We must operate differently, just like Rudy Giuliani changed New York. If we don’t, it will be a waste of time.”

MK Itamar Ben Gvir (Religious Zionism) said, “I arrived in Lod on the first night. What I saw there, I hadn’t seen in years. There was a systemic failure there. Police officers were running for cover when shots were fired.”

Acting Lod Mayor Yossi Harush said: “When will cameras be installed? Every day is crucial. A resident who sees a camera knows he will be caught. We have been hearing for eight years now that a new police station will be built. Where is the money? We gave you the land.”

Ramla Mayor Michael Vidal said, “It is important that mixed cities have a different budget. We are not Yavneh or Givatayim. The [current ratio] is one police officer per 1,000 residents, but in mixed cities it should be one officer per 500 residents. During a crisis, officers are brought in from all the stations in the area. Why not have more permanent policing? We have already installed 200 cameras. We cannot do it alone. We should not wait for the next disaster.”

Responding to the MKs, Toledano said, “We are working to train the commanders. During such events, we do not rely on local stations, but on task-oriented headquarters that work also with Border Police units and police officers who are specifically trained to handle rioting.”

Committee Chair MK Ben Ari summed up the meeting saying, “The events shook Israeli society. For four days, residents were on their own in places in the center of the country. There is nothing more important than security. A mother who cannot protect her children in her own home – this is unprecedented. The committee will reconvene when the police’s recommendations are submitted to the minister of public security, and it will also invite representatives of the State Attorney’s Office to report on the number of indictments that have been filed and the cases that have been closed. We will not rest until we make certain that Israel’s citizens are in safe hands.”