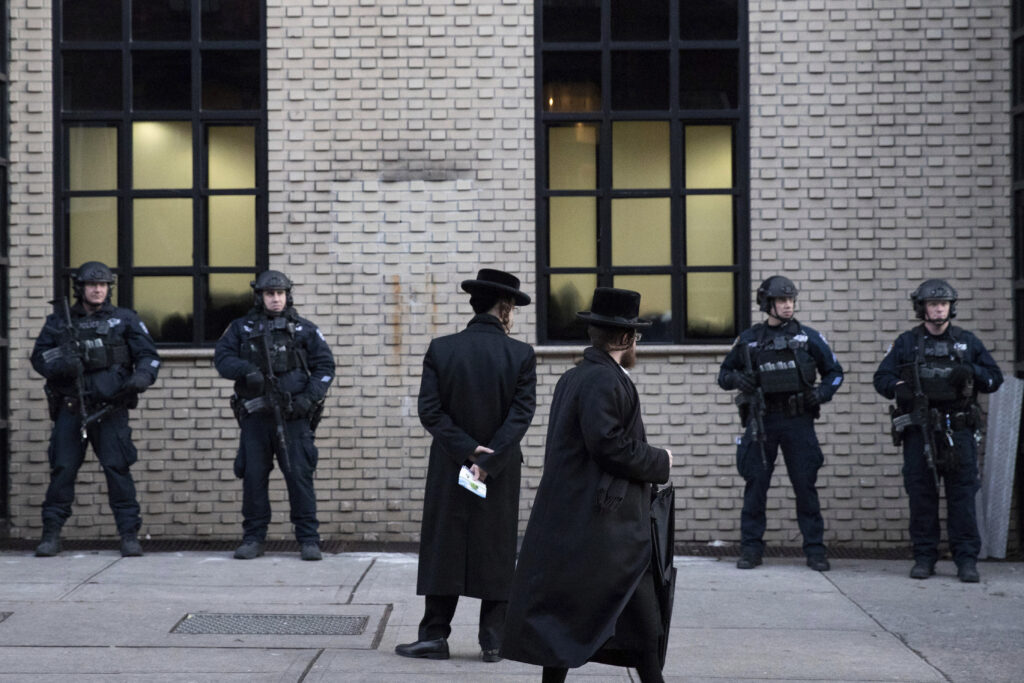 Governor Kathy Hochul announced the state would allocate a further $25 million to strengthen security and prevent hate crimes, with an emphasis on antisemitic and anti-Asian attacks.

Hochul made the announcement at the Museum of Jewish Heritage in Lower Manhattan on Wednesday, with many elected officials and Jewish organization representatives present.

“Governor Hochul’s actions today demonstrate her steadfast and strong commitment to combatting hate throughout the state of New York,” said Maury Litwack, Managing Director of Public Affairs at the Orthodox Union. “We welcome this release of security funding and the additional grant funding which will help to protect New York families, communities and institutions.”

Assemblymember Simcha Eichenstein, himself the grandson of four Holocaust survivors, said, “The Holocaust did not begin with concentration camps. Nor did it start with gas chambers. The Holocaust began with what you might consider small stuff: vandalism, discrimination, graffiti, sprayed on houses of worship, broken windows, random physical attacks, name calling, and so on. When these despicable acts were not properly addressed, when nobody called out the perpetrators, when nothing was done to protect the victims, that’s when the attacks continued and grew into what we now know as the greatest crimes against humanity in modern history.

“Just a few weeks ago, the FBI released their 2020 hate crime statistics, which show that overall hate crimes have gone way up. But antisemitic hate crimes made up 57% of all hate crimes last year. This should serve as a wake up call to all of us, ” he continued. “So I’d like to take a moment to express my appreciation to Governor Hochul for recognizing the importance of this serious issue, for protecting vulnerable communities and making it a priority.”

The $25 million is in addition to $43 million intended for 362 organizations and 872 projects. Additionally, funds will be directed towards security for summer camps, community centers, schools and museums.

“Agudath Israel has long been in the forefront of battling anti Semitism and all forms of hate. We commend Governor Hochul for her forceful actions today,” Rabbi Yeruchim Silber, Director of New York Government Relations at Agudath Israel, said in a statement. “These funds will with G-d’s help, go a long way in protecting our vulnerable institutions.”

Eligible organization can submit up to three applications for a maximum of $150,000 in grants. In addition, individuals who have been the victims of hate crimes can receive direct services, such as counseling, civil legal assistance, safety planning, and emergency shelter from a network of 212 victim assistance programs.