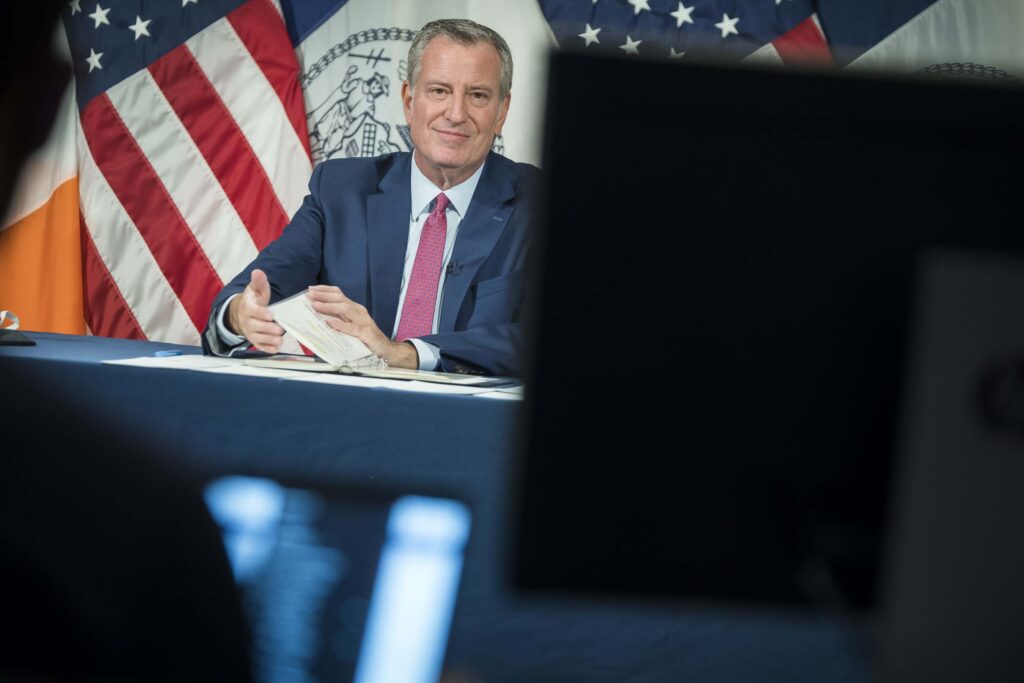 Quietly, de Blasio has been calling labor leaders and unions, which have long been a base of support for him. His team conducted a privately run survey to determine his appeal in the state. Publicly, he has been admitting he does not want to leave public life when his second term as mayor ends in January.

“There’s a number of things I want to keep working on in this city, in this state,” the mayor said last week at his press conference. “That is going to be what I focus on when this mission is over. So, I want to serve. I’m going to figure out the right way to serve and the right time to serve.”

The two-term Democratic mayor previously served as a member of the City Council and Public Advocate. An attempted presidential run in 2019 was widely panned for leaving the city for what was widely perceived as a vanity project.

If de Blasio were to run for governor, he would face serious hurdles. Widely unpopular in New York City, he is even more unpopular across the state. De Blasio has never been popular with more moderate white voters, and conservative Democrats are more influential in statewide politics.

“Osama bin Laden is probably more popular in Suffolk County than Bill de Blasio,” said Rich Schaffer, the chairman of the county’s Democratic committee, who endorsed Hochul earlier this week. “De Blasio, I would say, would have zero support if not negative out here.”

James, who has not made anything official, is expected to announce her campaign and to become a major contender by many political insiders. A popular and experienced politician, James became widely known for her investigations into the many scandals around Andrew Cuomo, which prompted him to resign as governor. Williams, the most left-leaning politician expected to run, previously ran against Hochul for the position of lieutenant governor in 2018 and lost by wide margins.