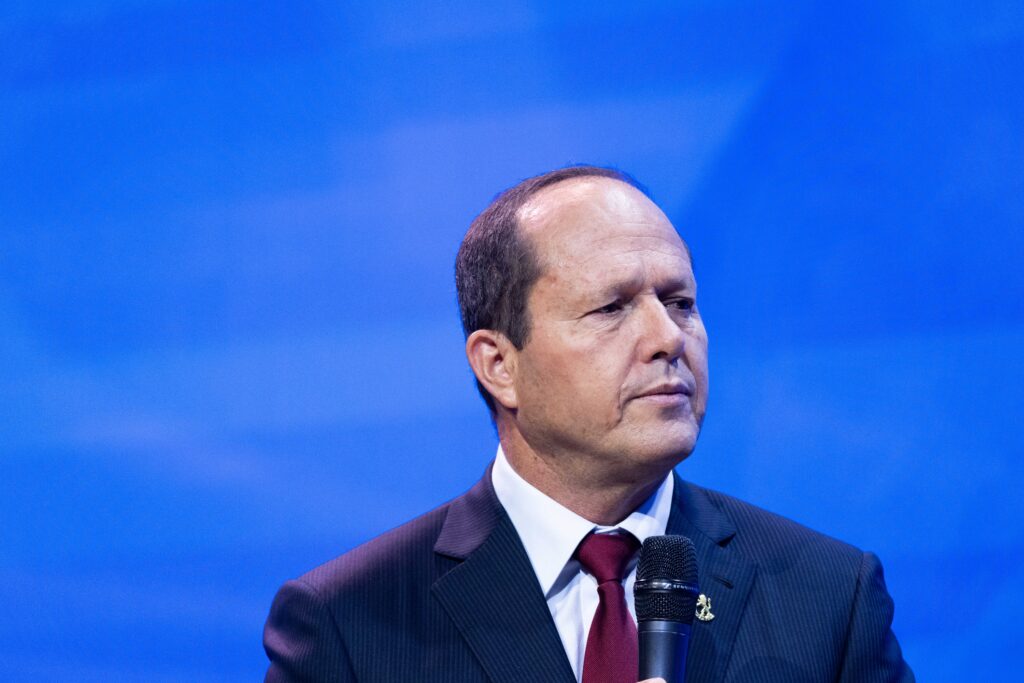 The former mayor of Yerushalayim Nir Barkat is seeking to outlaw the planned reopening of a U.S. mission in the capital that has traditionally been a base for diplomatic outreach to the Palestinians.

The consulate was subsumed into the U.S. Embassy that was moved to Yerushalayim from Tel Aviv in 2018 by then-U.S. President Donald Trump, steps hailed by Israel and condemned by Palestinians.

With an eye towards repairing U.S. relations with the Palestinians, and rebuilding mutual trust, President Joe Biden’s administration says it will reopen the consulate while leaving the embassy in place.

Barkat’s legislation, filed in the Knesset last month and with voting as yet unscheduled, would outlaw opening a foreign mission in Yerushalayim without Israel’s consent.

“I think that the current Israeli government is weak. It depends on the left, it depends on radicals on our side,” he told Reuters. “We must do everything we can to maintain the unity of the city of Jerusalem.”

Ahmed Al-Deek, adviser to the Palestinian foreign ministry, said Barkat “represents the position of far-right parties in Israel which seek to block any chance of reaching a two-state solution.”

Barkat said polling showed some 70% public support for the bill – enough to garner votes from within the coalition. Asked for Bennett’s position, his spokesman cast the bill as a PR stunt, saying: “We don’t comment on trolling.”

U.S. officials have been largely reticent on the issue, saying only that the reopening process remains in effect.

Asked whether precedent existed in U.S. diplomacy for opening a mission over objections of a host country, the State Department’s Office of the Historian declined comment.

Barkat’s bill recognizes that there are handful of countries with Yerushalayim missions, like the former consulate, that predate Israel’s founding in 1948.

In what may signal a bid to persuade Israel to reconsider the former mission as a candidate to rejoin that group, Thomas Nides, Biden’s pick for ambassador, noted in his Sept. 22 confirmation hearing: “That consulate has existed, in one form or another, for almost 130 years.”

Barkat was unmoved, saying: “We respect what happened before 1948 (but) never did we give anybody consent to open up a diplomatic mission for Palestinians in the city of Jerusalem.”