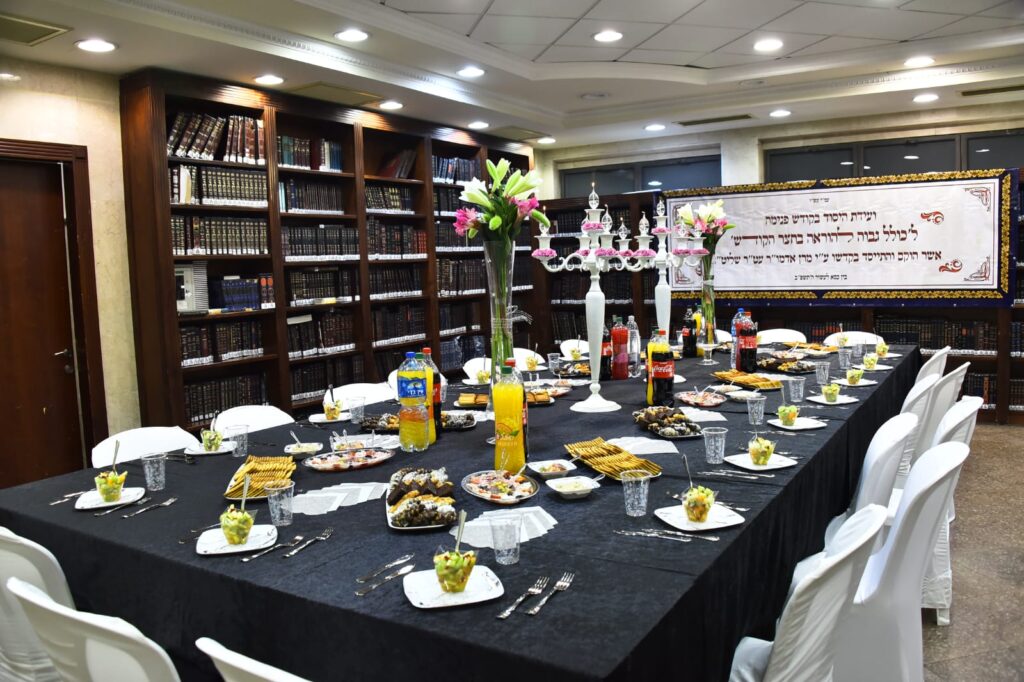 There was great joy in the Sadigura community after funding was found for the flagship kollel founded by the Sadigura Rebbe, shlita, for exalted talmidei chachamim of the Chassidus, those who were marked by the Rebbe as able to excel in Torah and serve as leading Rabbanim and Dayanim.

It was on the night before Yom Kippur when a group of supporters of the Torah world gathered in the room of the Sadigura Rebbe, at his personal invitation, and took upon themselves the burden of the annual funding for the kollel.

The kollel known in Sadigura as “Der Rebbe’s Kollel” for being the personal kollel of the Rebbe, has become the talk of the day in the Torah world in Bnei Brak mainly because of its serious requirements. Along with passing difficult tests, the stipend paid to the avreichim in the kollel is very high compared to what is accepted in other kollelim.

The idea for the kollel began several months ago, in Sivan 5771, when the Rebbe summoned the heads of the Sadigura mosdos for a special talk at his residence, in which he insisted that there is currently no kollel for excellent avreichim for them to grow in Torah and to become the Rabbanim and Dayanim of the next generation.

In the same conversation, the Rebbe said that “there are students with extensive knowledge of Gemara and halachah who are willing to dedicate their entire lives to growing up in Torah.”

The Rebbe did not wait for the fundraising and immediately turned to establishing the kollel, appointing him as the Roshei Hakollel Harav Yitzchak Shlomo Feigenbaum from the beis hora’ah of the late Harav Shmuel Wosner, zt”l; Harav Avraham Mordechai Goldblatt, a Dayan in Bnei Brak; and Harav Shlomo Shederovitsky, Rav in the Beis Din of Harav Yaakov Meir Stern and a member of the Ahavas Torah committee.

The entrance exams for the kollel were particularly difficult, as were the study requirements to meet the goals of founding the kollel. At the same time, as mentioned, a much higher stipend was promised.

The kollel opened in the month of Elul when the budget source was not yet organized. “The Rebbe demanded that they jump into the water,” they said in Sadigura, “and even now that the donors have already taken on the overall burden, the Rebbe is busy with the next program and ordered the establishment of another kollel that will be adapted for all avreichim.”