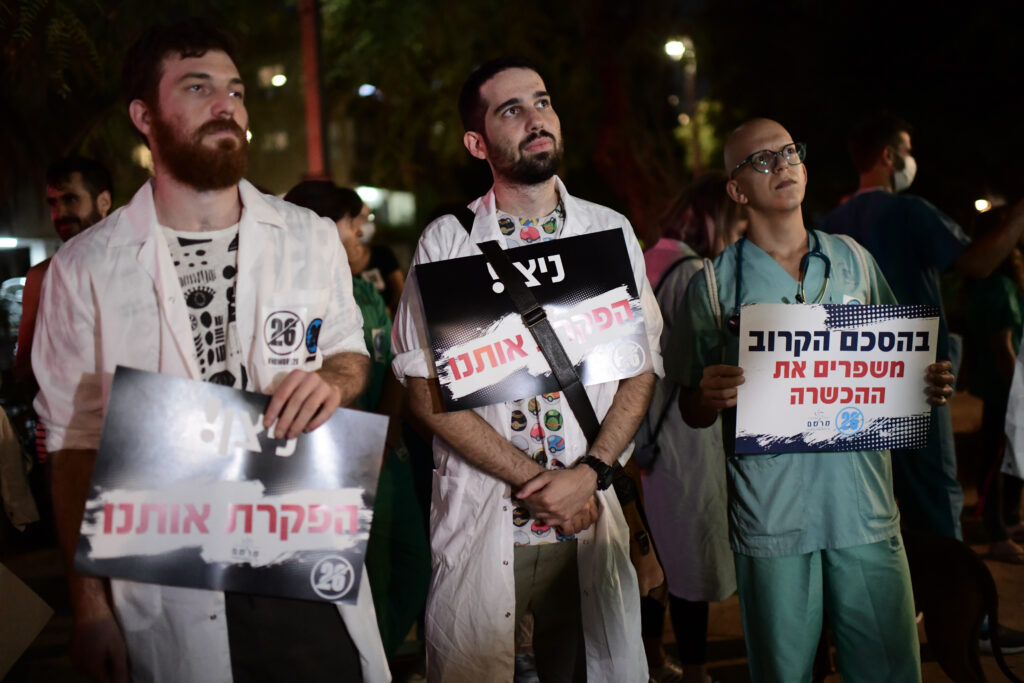 An estimated 500 medical interns demonstrated outside the Tel Aviv home of Health Minister Nitzan Horowitz to demand an end to 26-hour-long shifts and an improvement in working conditions for trainee doctors, The Times of Israel reported.

Mirsham, the group representing them, is threatening that 2,300 medical interns will walk out on Thursday if negotiations don’t yield satisfactory results by then.

The government has proposed shortened shifts of 18 hours for 10 percent of the workers, while Mirsham is demanding 25%, according to media reports.

“We will not be willing to accept such a ‘fake compromise’ that leaves 90% of interns continuing to do 26-hour slave shifts,” the group said in a statement.

“If no new outline complying with this [basic] request along with the matters already agreed upon is submitted, we will have to submit the resignation letters this coming Thursday. The responsibility for resolving the crisis is in the hands of the health and economy ministers,” Mirsham said.

Ten people were reportedly arrested during the protest.