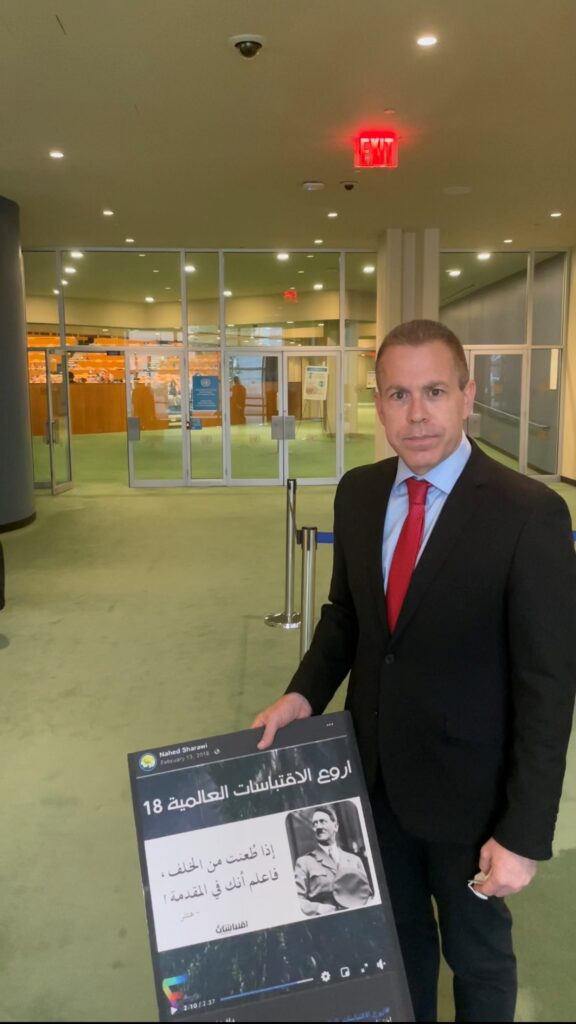 On Monday, Israel’s Ambassador to the United States and the United Nations Gilad Erdan was prevented by U.N. security personnel from bringing a picture showing antisemitism and incitement by UNRWA teachers on social media into the General Assembly for a discussion on the organization. Ambassador Erdan was to use the picture as proof to show that UNRWA needs to undergo fundamental change, from firing teachers who promote antisemitism to stopping the incitement that is rampant throughout the organization, as well as to oppose increasing UNRWA’s budget, which the organization requested from the U.N.

Erdan said in his remarks, “I am shocked because I brought here with me a photo of an UNRWA teacher’s post glorifying the most horrific mass murderer in history, Adolf Hitler. Unfortunately, shockingly, I was prevented from bringing in this photo in order to share this proof with the other distinguished ambassadors here. I see it as a very dangerous precedent here, preventing my freedom of expression, preventing my freedom of speech and basically hiding the truth from the U.N. But, I will continue to fight for the truth.”