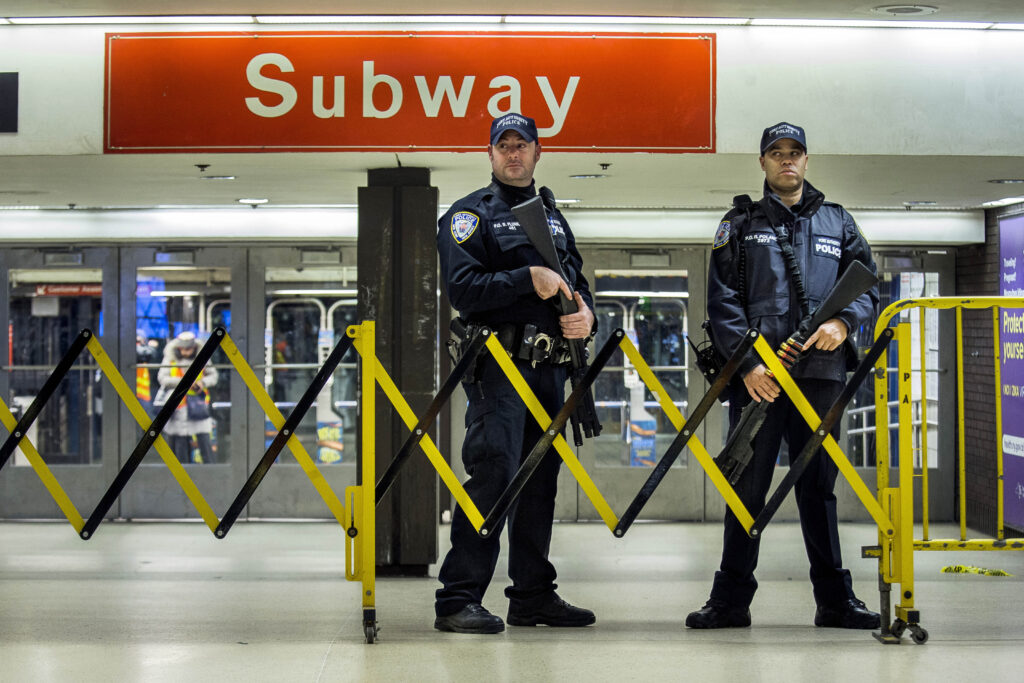 A person was shot in the leg Monday near New York City’s Times Square, police said. It was the third shooting this year in the area, a top destination for Big Apple tourists.

The shooting happened around 12:15 p.m. near the entrance to a subway station at 40th Street and 7th Avenue, police said, about two blocks south of the building where the ball drops on New Year’s Eve.

The person was shot at street level and the shooter fled into the subway station, police said.

The victim’s injuries were not considered life threatening.

In May a four-year-old girl and two other people were shot by stray bullets during what police said was a dispute involving a man and his brother.

In June, a 21-year-old man visiting from upstate New York was hit in the back by a stray bullet. A 16-year-old was charged in that case.

After the June shooting, Mayor Bill de Blasio promised to dramatically boost the number of police officers in Times Square, which is already heavily policed.