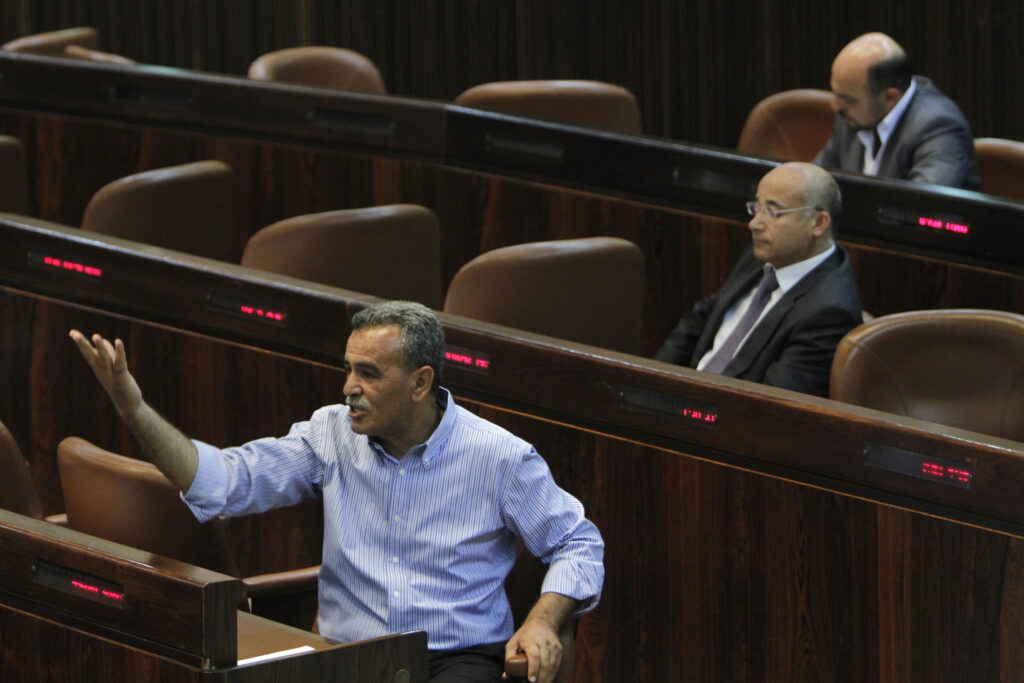 The notorious former MK Haneen Zoabi and twelve others from the Balad party were convicted of fraud and forgery in a Nazareth court on Monday, The Jerusalem Post reported.

Zoabi, known for her sympathetic attitude toward terrorists, worked out a plea bargain, in which more serious charges were dropped, as a result of which she and the other defendants will likely receive light or suspended sentences, involving community service but without jail time.

The defendants are also expected to be ordered to pay fines ranging between NIS 25,000-NIS 75,000.

The crimes were connected to the 2013 election campaign, in which Zoabi was found guilty of forgery, falsifying corporate documents, money laundering and attempts to receive fraudulent benefits.

Both Balad and Zoabi have previously denounced the charges as a “political crusade” to silence their criticism of the mostly right-wing ruling parties at the time.