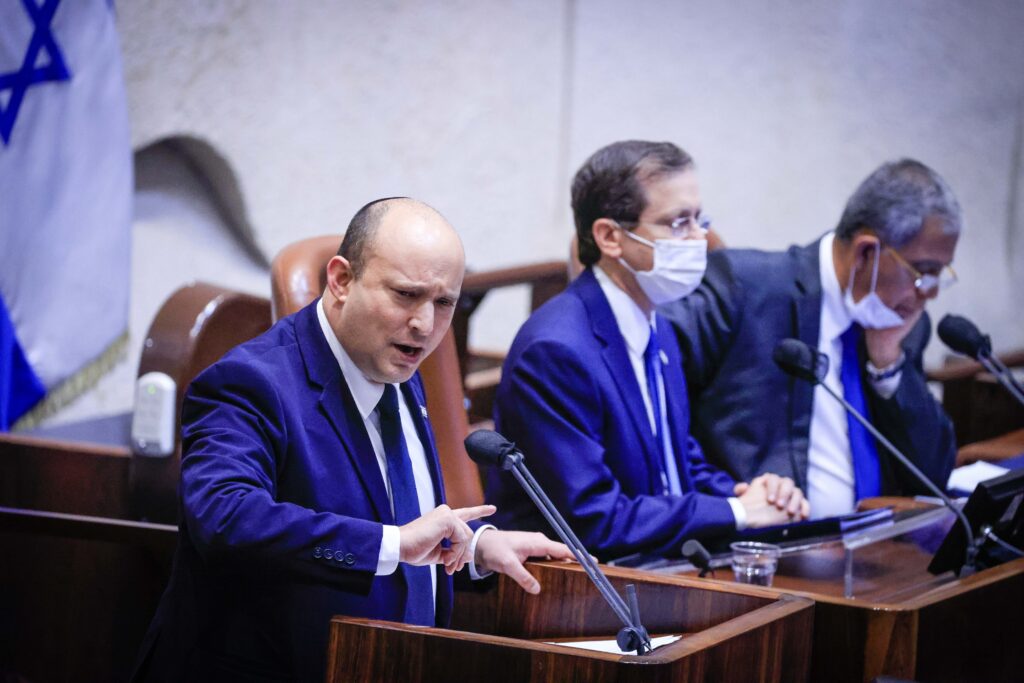 Despite President Isaac Herzog’s call for civil discourse in the Knesset at Monday’s opening of the winter session, coalition and opposition MKs went at each other with the usual vitriol, shouting and ejections.

“We have gone through two years of stagnation: on Iranian nukes, in housing and heavy traffic on the roads. For two years everything was stuck. Three and a half months after we started, we can already see results. Israel is open, we celebrated openly during the festival period despite the predictions of lockdown.”

When Bennett said that under his leadership Israel avoided a fourth coronavirus lockdown and the government is moving forward on the first state budget in three year, it was too much for MK Galit Distal Atbarian, who shouted at him: “You are a conman, you are a liar, you are the worst thing that happened to this country.”

MK May Golan says: “You are the most failing prime minister we have seen.”

They were ejected from the chamber with Likud MKs David Amsalem, Shlomo Karhi and Keti Shitrit.

All this transpired shortly after Herzog called for “respectful, honest discourse between coalition and opposition…holding discussions about the issues themselves and stop displays of incitement, and be role models.”

Opposition Leader Binyamin Netanyahu denounced the Bennett-Lapid coalition for “abandoning people to their deaths” by allegedly waiting too long in starting the booster vaccination drive, and accused them of allowing the deaths of over 1,400 Israelis in three months during the Delta outbreak.

Netanyahu was likewise scathing in his criticism of Bennett’s acceptance of a U.S. return to an Iran nuclear deal, rather than fighting it, as he had done.

“Have you gone crazy?” asked Netanyahu. “You are accepting it as a done deal.”

“There is no leadership, there is no reaction, there is no decisiveness, there is only PR,” he said, and accused the Israeli mainstream media of serving as a mouthpiece for the government.