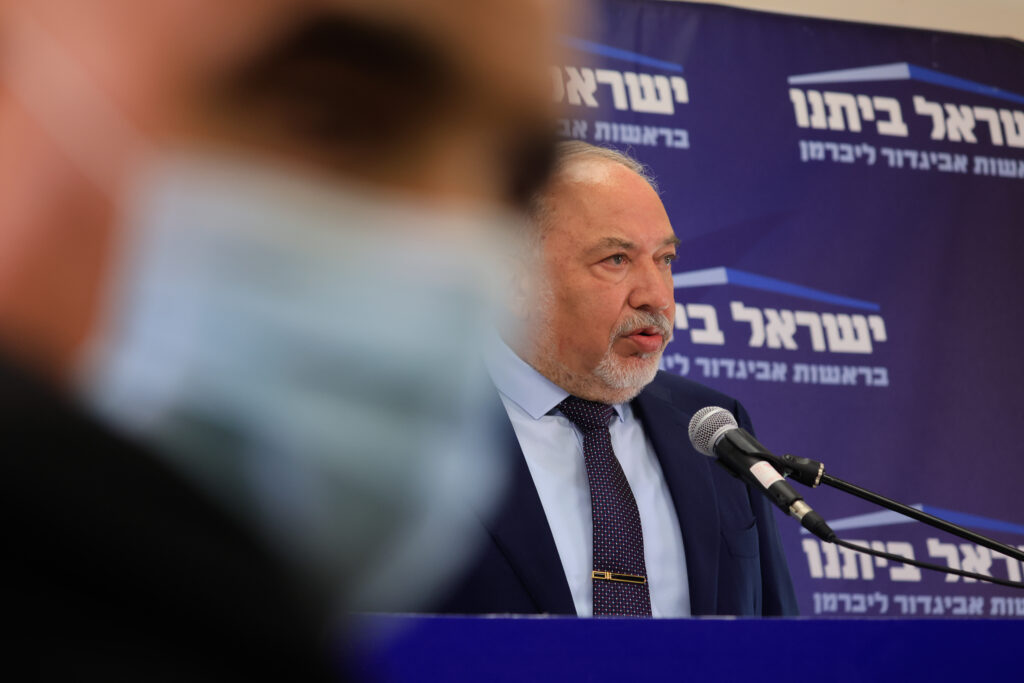 Finance Minister Avidgor Liberman on Monday warned the government not to recruit the chareidi parties to the coalition, and threatened to bolt the government if the factions actually join.

“I have heard about all different coalition officials wanting to have Shas or United Torah Judaism join the coalition,” said Liberman. “I want to make things clear: If that happens and they are brought in, Yisrael Beytenu won’t be there. It is clear that they will not support the current rotation deal and will have to change the composition of the coalition from start to finish – it would mean bringing Netanyahu back into power.

“We will not sit in the same government with Netanyahu or with Gafni, Litzman or Deri.”

Earlier Monday, in a meeting in the Knesset Finance Committee, MK Rabbi Yinon Azulai (Shas) asked Liberman if he regretted and would apologize for his statement about sending the chareidim to the garbage dump in wheelbarrows.

But instead of answering, Liberman chose to evade and said, “Now is Gafni’s time to speak and you are interrupting him to speak.” Azulai tried again, telling Liberman, “Leave your ego and just say that you regret it.”

But Liberman chose not to answer the question and asked that the discussion continue, without apologizing for incitement against an entire public.

MK Rabbi Moshe Gafni, who spoke immediately afterwards, said, “Liberman, you will not stay long in the treasury, we all know that, but the damage you will leave behind, what you do to the families of avreichim, whom you know no less well than all of us, will not be forgiven. You will not be able to change their lifestyle, they will not stop learning, only that now their children will starve for bread and it will be registered in your name and will not be forgiven.”

On the wheelbarrow comment, Rabbi Gafni said, “I ask you not to back down from the statement about the wheelbarrows, as MK Azulai asked. I would prefer that everyone should know who we are dealing with. You were close to [the chareidi public] for many years, do not backtrack, let us know who you really are.”