Politics Justices Back at Supreme Court for New Term
Politics 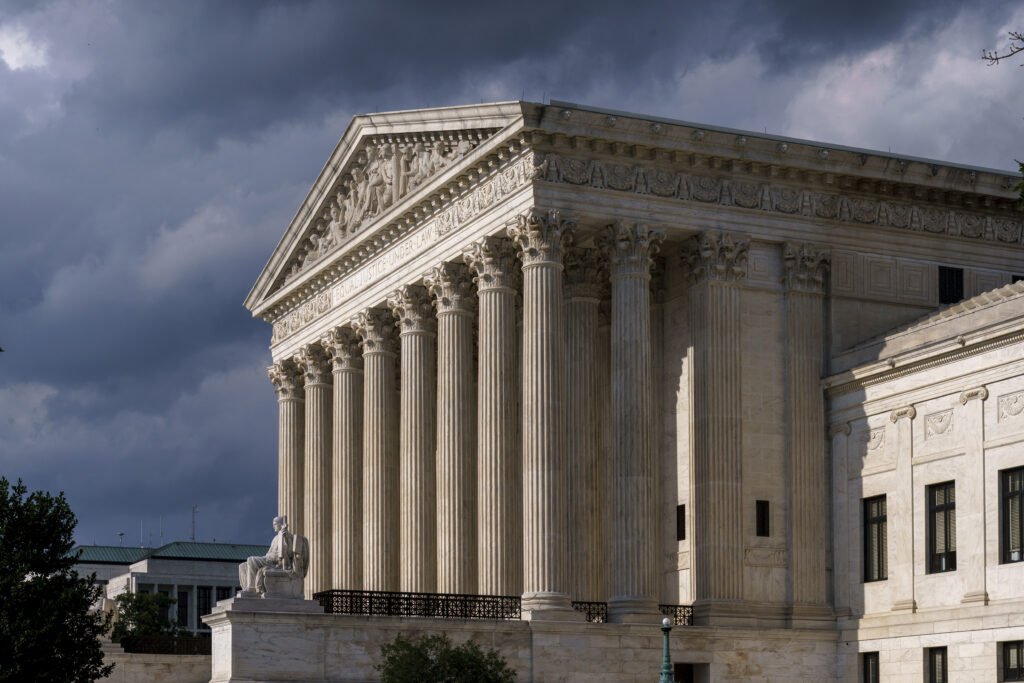 The Supreme Court is beginning a momentous new term with a return to familiar surroundings, the mahogany and marble courtroom that the justices abandoned more than 18 months ago because of the coronavirus pandemic.

Guns and religion all are on the agenda for a court with a rightward tilt, including three justices appointed by President Donald Trump.

The justices will meet in person for arguments Monday, although Justice Brett Kavanaugh will participate remotely from his home after testing positive for COVID-19 late last week. Kavanaugh, who was vaccinated in January, is showing no symptoms, the court said. All the other justices also have been vaccinated.

With a nod to the persistence of the virus, the court remains closed to the public. Only lawyers involved in the cases and reporters who regularly cover the court will be on hand, and anyone not arguing will have to wear a mask. The court is also requiring negative COVID-19 tests from lawyers and reporters who want to be in the courtroom.

Lawyers who test positive will be able to present their arguments via telephone, the court said. That’s the way lawyers had been arguing before the court because of the pandemic.

The public will continue to be able to listen live to the proceedings, another change made during the pandemic, but Monday will be the first time live audio of courtroom proceedings will be available, via a link on the court’s website.

Returning to the courtroom makes it much less likely that extraneous noises will intrude.

Monday’s cases are not among the highly anticipated disputes the court will referee this term. One case is a fight between Mississippi and Tennessee over water in an underground aquifer that sits beneath parts of both states. The dispute stretches back to 2005 when Mississippi first claimed that Memphis is pumping water from the Mississippi portion of the aquifer. Tennessee says water doesn’t work that way, saying the aquifer is an interstate resource that should be shared fairly.

A  few other notable cases before the court include:

New York State Rifle & Pistol Assn. v. Bruen (20-843) is a case that could expand gun rights in the United States and involves the right to carry a firearm in public. It is also the court’s first foray into gun rights since Justice Amy Coney Barrett joined the high court, making a 6-3 conservative majority. The case involves New York’s restrictive gun permit law. New York State is among six states that limit who has the right to carry a weapon in public. Arguments are Nov. 3.

United States v. Zubaydah (20-827) and FBI v. Fazaga (20-828) are two cases that involve what the government claims are “state secrets,” information that if disclosed would harm national security. The first case the court will hear involves a Guantanamo Bay detainee who a lower court said was tortured in CIA custody. He’s seeking information from two former CIA contractors. Arguments are Oct. 6. The other state secrets case involves a group of Muslim residents of California who allege the FBI targeted them for surveillance because of their religion. The group’s claims were dismissed at an early stage after the government cited state secrets, but an appeals court revived the case. Arguments are Nov. 8.

Carson v. Makin (20-1088) is the court’s latest case over discrimination based on religion. Parents in Maine are suing over the state’s exclusion of religious schools from a tuition program for families who live in towns that don’t have public schools. The court has issued a string of rulings in recent years in favor of churches and families challenging state restrictions on taxpayer money going to religious institutions. Arguments are Dec. 8.