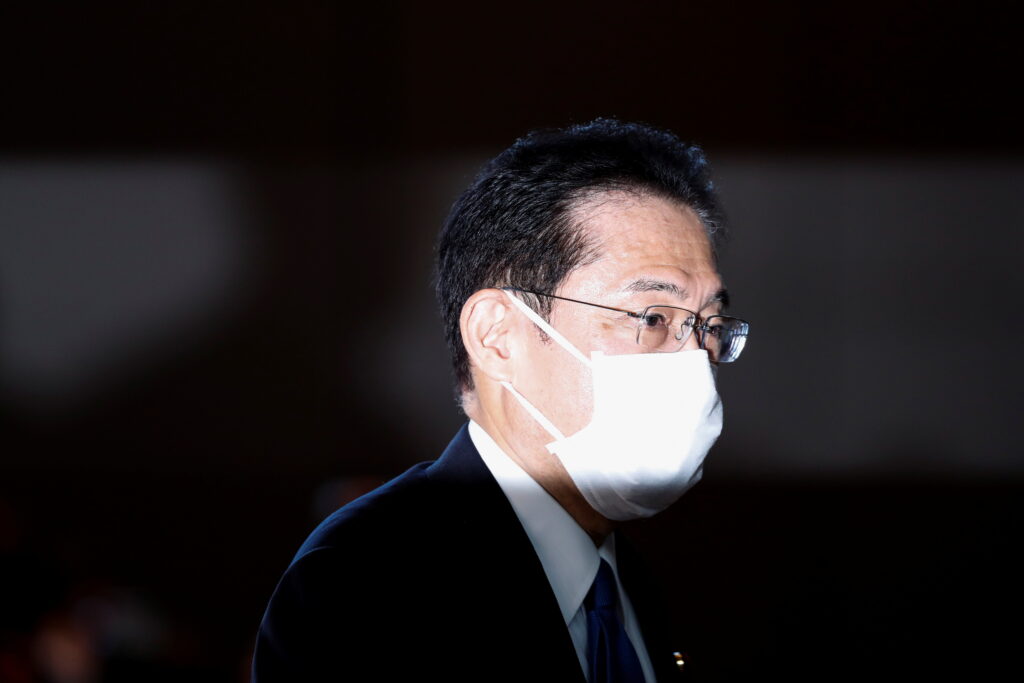 Japan‘s new Prime Minister, Fumio Kishida, exchanged fist bumps with lawmakers after he was formally elected by Parliament on Monday, as public broadcaster NHK said he was set to dissolve the body next week and call an election on Oct. 31.

NHK said Kishida would announce the election date in his first news conference as Prime Minister at 9:00 p.m., and dissolve Parliament on Oct. 14.

His plan to call for an election so quickly was regarded as a surprise, even though one has to take place by Nov. 28, as Parliament’s term ends on Oct. 21.

Aside from taking advantage of the honeymoon period usually given to new governments by the electorate, analysts said Kishida probably didn’t want to lose time, given risks posed by the pandemic.

“He will likely want to preempt any further deterioration in the COVID-19 situation,” Corey Wallace, an expert in Japanese politics at Kanagawa University, told Reuters.

“While the progress of the vaccination campaign has clearly helped suppress the fifth wave, we can’t be absolutely sure that a sixth wave will not occur getting closer to winter,” he added.

Kishida’s predecessor Yoshihide Suga enjoyed support ratings of about 70% soon after taking office a year ago, but was pummeled by criticism of his handling of the pandemic, leading him to make way for a new face to lead the ruling Liberal Democratic Party (LDP) through the election.

Kishida, 64, a former foreign minister with an image as a low-key consensus builder, beat out three contenders last week to lead the party and was formally elected premier by Parliament on Monday.

Of the 20 posts, 13 were filled by people with no prior Cabinet experience, in line with Kishida’s pledge to give chances to new people, but the majority of heavyweight jobs went to allies of Abe, or outgoing Finance Minister Taro Aso.

“He won the election with the support of Abe and Aso, so now it’s time for him to return the favor, it’s not the time for him to cut them off,” said political analyst Atsuo Ito.

One of those closest to Abe is Amari, who has promised a big extra budget after the election, and told reporters on Monday it would need to include steps to ameliorate social divisions and COVID-19.

“So we need to empathize with the people and share their pain and our leader needs to show the path to unite society and to make it one again,” Amari said.

Aso’s replacement at the Finance Ministry is his low-profile brother-in-law, Shunichi Suzuki, who is viewed as likely to continue the government’s policy of tempering growth spending with fiscal reform.

The trade and industry portfolio was also given to another ally of Abe, current Education Minister Koichi Hagiuda.

Defense Minister Nobuo Kishi, who is Abe’s brother, retained his position, as did Foreign Minister Toshimitsu Motegi, reflecting Kishida’s intention to continue Abe and Suga’s push to boost the nation’s defenses, strengthen security ties with the United States and other partners including the QUAD grouping – Japan, India, the United States and Australia – while preserving trade ties with China.

Kishida also created a new post of economy security minister and filled it with a close ally of Amari, the architect of policies aimed at protecting sensitive technology from China in areas such as supply chains and cyber security.