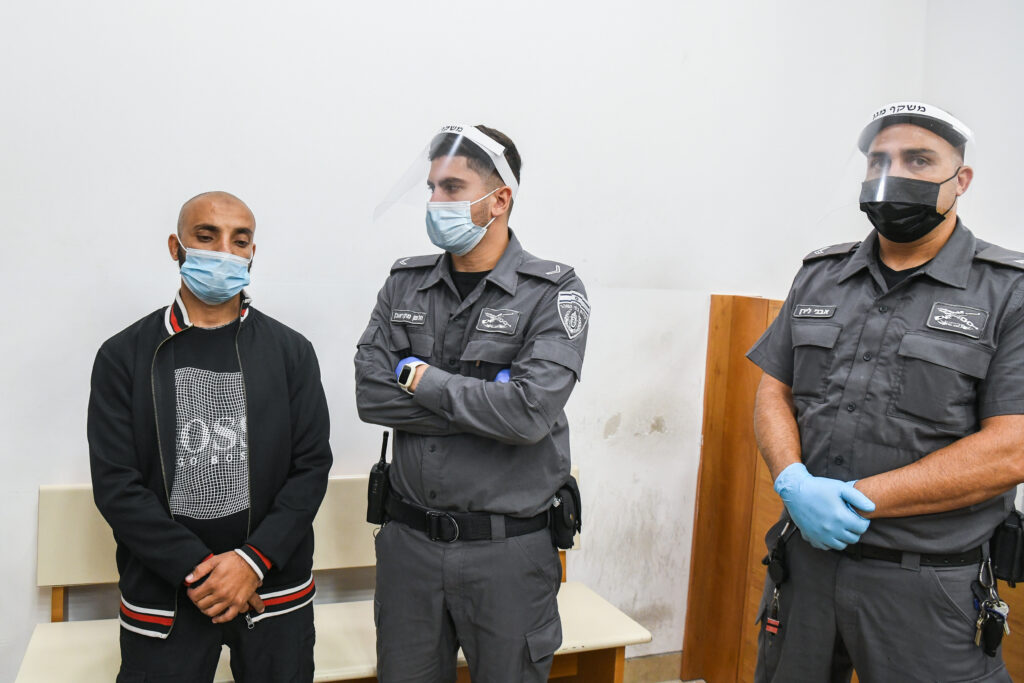 Prime Minister Naftali Bennett sought to make good on his pledges to fight rampaging violent crime in the Arab sector on Sunday by bringing the IDF and the Shin Bet into a weapons crackdown.

Bennett approved a proposal by Deputy Public Security Minister Yoav Segalovich, who has been tasked with coordinating the interministerial anti-crime effort to have the state security forces work with police on shutting down the illegal traffic in weapons.

The task force decided no legal change was needed to allow the Shin Bet to work on the matter.

However following the prime minister’s office announcement, IDF officials complained that they had not been involved in reaching the decision and is legally prevented from operating in civilian areas. “Nobody spoke with anyone or consulted with the IDF of the Defense Ministry,” an official at the meeting told Channel 12 news. “IDF soldiers do not have the powers that police officers do in arrests and raids.”

The decision came a day after the 100th or 95th murder – NGO reports differ – of Israeli Arabs by members of their communities since the beginning of 2021. The victim was Maharan Mougrabi, 40, who was run over and shot on Friday and succumbed to his wounds the next day.

Meanwhile, Ra’am party leader Mansour Abbas condemned an assault on police in the central Arab Israeli town of Kafr Qasim, ijn which two officers and a volunteer were injured, The Jerusalem Post reported.

“I have expressed my unequivocal condemnation to Police Commissioner Kobi Shabtai, wished a speedy recovery to the police officers, and emphasized the obligation to uphold the rule of law and cooperation with police,” Abbas said, following a phone call to the police chief.

“I expressed my desire to work together to improve the trust, work relations, and cooperation between police and Arab citizens, so that together we can defeat the crime and rising violence in Arab society,” added the head of the Islamist coalition party.

Israeli officials have been appealing to Arab leaders for years to help in reigning in the crime.

Also on Sunday, three suspects in the incident were remanded until Thursday, police say.

Police arrested the three suspects over the weekend after several officers were assaulted early Friday by private security guards working for the municipality. Police suspect a fourth man, who hasn’t been arrested, was also involved in the attack.

The officers had sought to enter the town’s municipality after receiving a report that someone had been violently taken into the building, but were denied entry by the guards. A scuffle broke out and several cops were beaten and bloodied.

Later on Sunday, Arab MKs from the Joint List party denounced the plan to involve the Shin Bet and the IDF in the anti-crime campaign.

“The militaristic mindset that leads the government to involve the army and the Shin Bet to deal with the organized crime in Arab society proves what we’ve always said: the State of Israel deals with Arab citizens as a security threat, not as civilians,” MK Abou Shehadeh was quoted by The Times of Israel as saying.

“Fight criminals, not democracy. The sole responsibility for law enforcement among civilians is the police, not intelligence agencies and the military. After decades of government and police treating [Arab locales] as their backyard, the last thing we need is more of the same attitude: police for Jews and Shin Bet for Arabs,” Joint List chief Ayman Odeh said in a tweet.